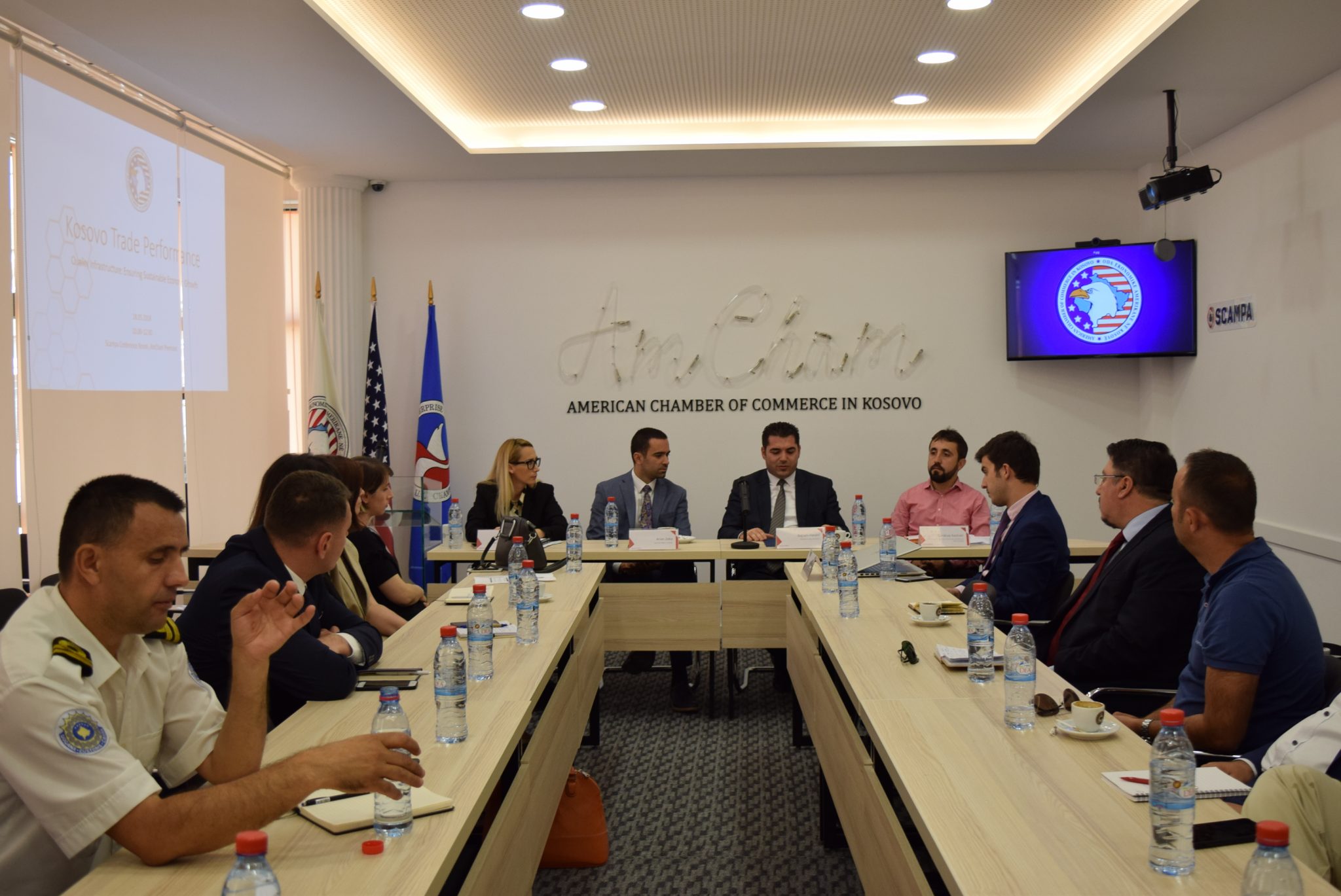 Prishtinë, May 29, 2018 – Investments in quality infrastructure in the country are necessary in increasing the private sector’s competitiveness and also in facilitating the access of Kosovar products to other countries, particularly in European Union countries. This was said in the roundtable organized by the American Chamber of Commerce in Kosovo titled “Quality Infrastructure: Ensuring Sustainable Economic Growth”.

Bajram Hasani, Minister of Trade and Industry, mentioned the latest actions undertaken from the Ministry he leads in developing the quality infrastructure in Kosovo, amongst them projects that offer technical assistance for local producers. He said that the support to the Ministry in this field from the World Bank is very important, a step in helping Kosovar businesses to have a better access in international market. Amongst others, Minister Hasani mentioned the idea of creating the American economic zone as an initiative that could help in attracting US investments in the country, and, therefore, in economic development of Kosovo.

Visar Hapçiu, Head of Theodore Roosevelt Economic Research Institute at AmCham, presented the foreign trade statistics in Kosovo during the last few years, concerning, amongst others, the high trade deficit. He clarified that the exports amount remains very little even though during the last years a positive trend has been noticed in exports of value added products, which adds to the improvement of quality infrastructure. Hapçiu said that Kosovo faces a high trade deficit even in relation on trade with CEFTA countries, this also as a lack of favorable policies for producers after signing the agreement.

Gurakuq Kastrati, Head of the Quality Infrastructure Division within the Ministry of Trade and Industry, said that, lately, positive developments have been made in drafting and approving the legislation in quality infrastructure, stressing the importance of this process for businesses. However, he mentioned as concerning the lack of human capacities in this area, emphasizing the importance of investing in building these capacities in the future.

Further on, the attendants in the roundtable had the chance to present their viewpoints on this topic, agreeing on the importance the quality infrastructure can have in local industry.