Raising knowledge of the arbitration procedure is of essential importance 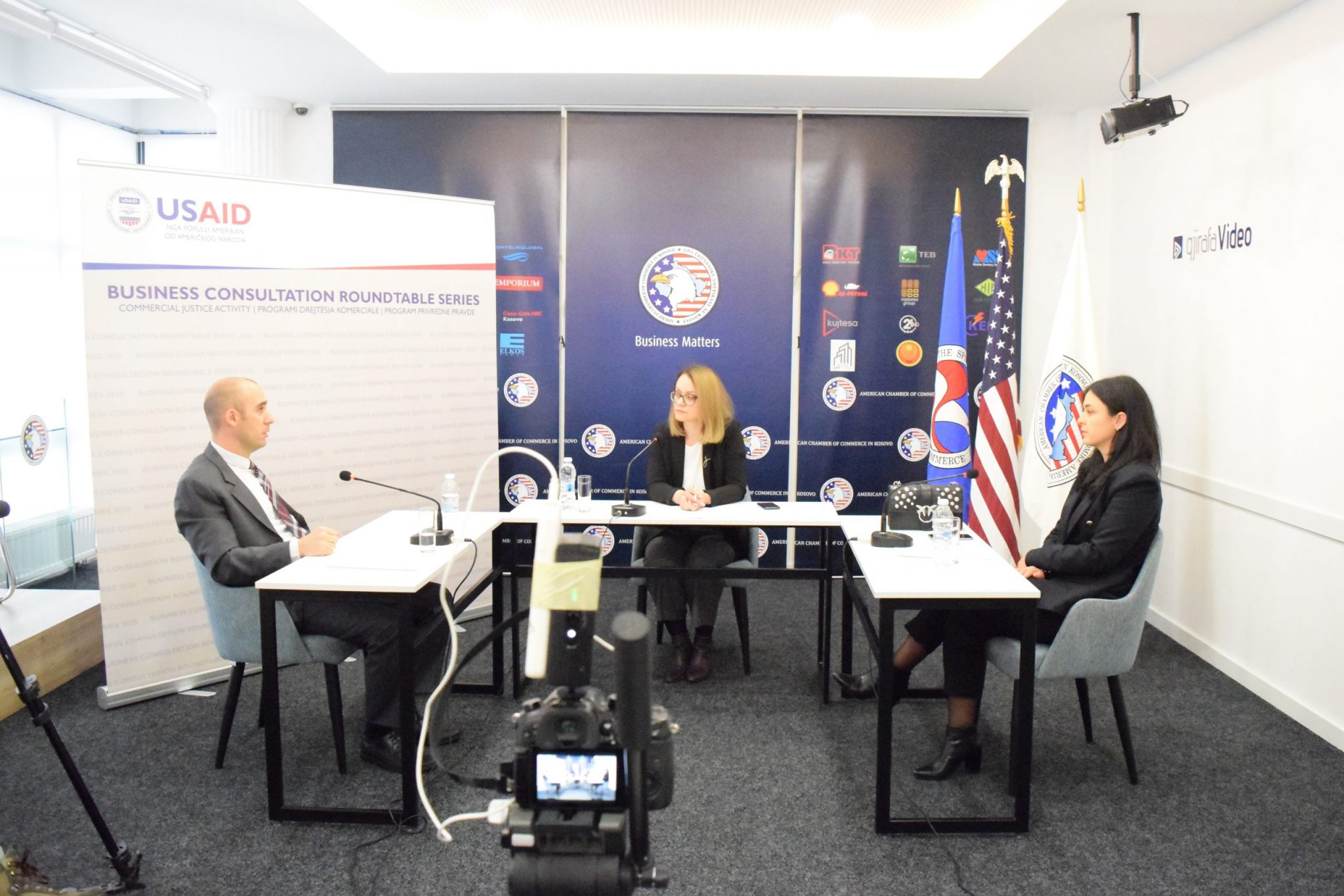 Raising knowledge of the arbitration procedure is of essential importance

Prishtina, December 16, 2020 – Opportunities to further improve arbitration services were discussed at the next virtual forum organized by the American Chamber of Commerce in Kosovo in cooperation with the United States Agency for International Development (USAID) Commercial Justice Program Activity, within the activity “Commercial Justice Days: Arbitration in Focus”.

Kujtesa Nezaj Shehu, Lawyer and Arbitrator at AmCham Arbitration Center, said that arbitration is a very important process for resolving business disputes, while emphasizing that the establishment of the Commercial Court should not be seen as an obstacle to this process, since arbitration and the court complement each other. Regarding the challenges of arbitration, Nezaj Shehu stressed that there is a lack of access to information regarding the arbitration procedure, especially in Albanian language. She urged businesses not to view arbitration as a private court, as this procedure offers flexibility and opportunities that if used properly by businesses, are able to control the process in the way they see fit in the industry in which they operate.

Fitore Morina, Arbitrator at AmCham Arbitration Center and Lecturer at the Faculty of Law of the University of Prishtina, said that in terms of regulations and other legal acts in the commercial field, AmCham Arbitration Center is regulated in full compliance with international standards in the field of arbitration. She stressed that currently the services offered by this tribunal are dispute resolution services with international elements, as there are also foreign arbitrators. Morina stressed that to be an arbitrator it is not necessary to be a lawyer, which guarantees higher professionalism in resolving disputes that have their own professional specifics. Regarding the arbitration service within AmCham Arbitration Center, she also mentioned the full confidentiality of the process as well as the speed of resolving cases, while saying that for resolving disputes within this tribunal, the parties should describe the clause which specifies that they will resolve any disputes that may arise between them within this tribunal. Morina considered the identification of a mechanism for an easier enforcement of decisions as the main challenge in arbitration proceedings.

Vigan Rogova, Lawyer and Arbitrator at AmCham Arbitration Center, said that his experiences have been very positive in processing arbitration cases in the capacity of an arbitrator, where he mentioned that he evaluates arbitration as a very practical procedure compared to court proceedings. He stressed that within the tribunal of AmCham Arbitration Center the parties have the freedom to choose the procedure, which is a very useful thing. Rogova also stressed that commercial courts and arbitration differ because in regular court proceedings there is a principle of scalability. According to him, currently economic disputes are handled at the Department of Economic Affairs in the Court of Appeals, and then are systematically appealable in this court, while the advantage of arbitration is that the arbitrator’s decision is final, i.e., the first and last instance, and it is very important especially in terms of time, because businesses need quick decisions especially concerning cases of debts. He pointed out that arbitration usually provides a fast procedure, where the decision is made within a short time by an arbitrator or a panel of three arbitrators, among whom usually there is an expert of the relevant field. The main challenge noted by Rogova for arbitration, is the lack of knowledge by the parties about the arbitration proceedings.

The activity “Commercial Justice Days: Arbitration in Focus” is organized by the American Chamber of Commerce in Kosovo in cooperation with USAID Commercial Justice Activity Program and includes a series of virtual forums aimed at raising the awareness of businesses on alternative resolution mechanisms for solving commercial disputes.