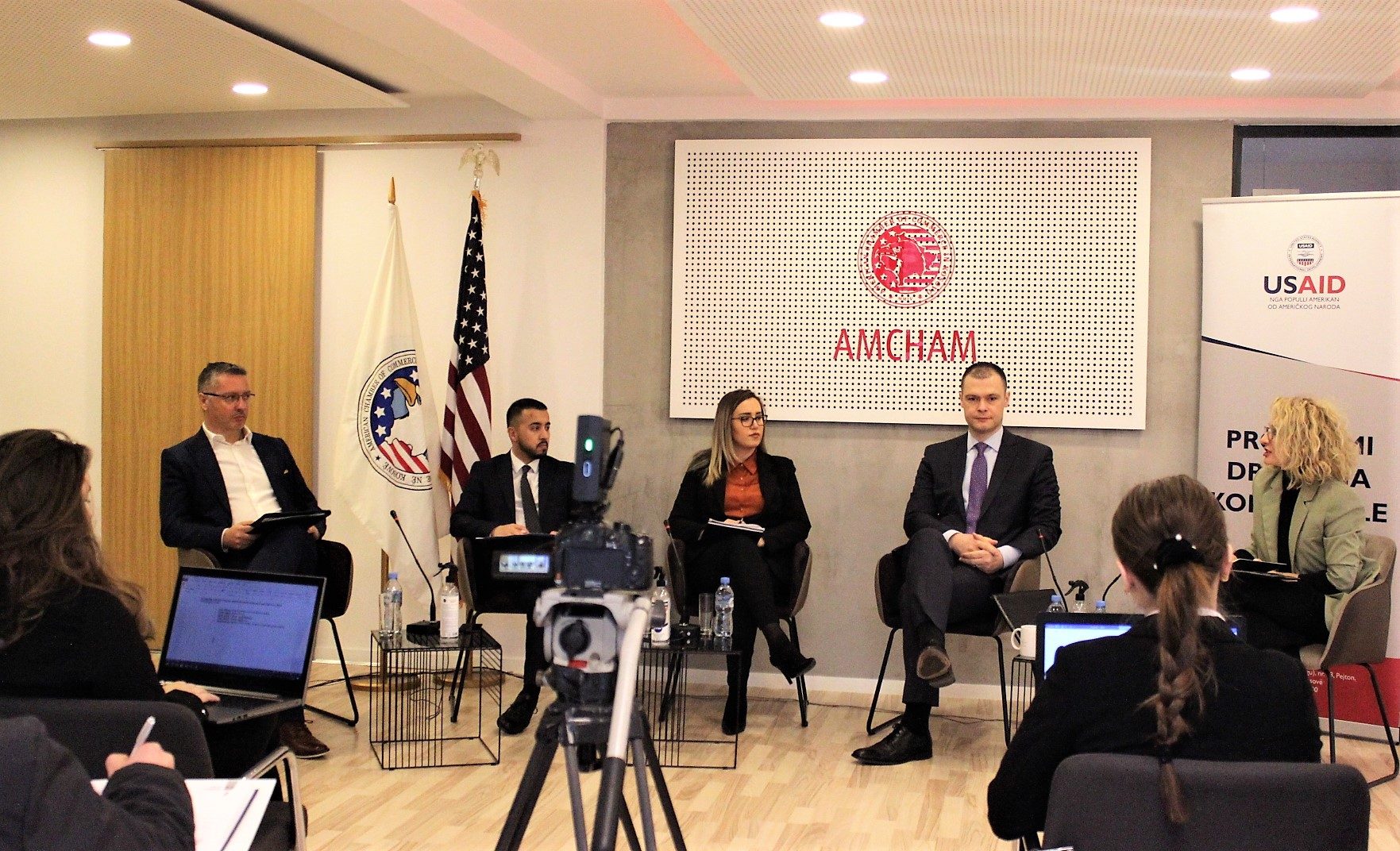 Prishtina, March 17, 2022 – During the arbitration week organized by the American Chamber of Commerce in Kosovo and the USAID Commercial Justice Activity, the topic of recognizing arbitration awards have been addressed, in particular the discussion about arbitration and the Commercial Court.

Eros Gashi, the Senior Political Advisor to the Minister of Justice, said that the Ministry of Justice is committed to encouraging parties to use alternative methods in resolving disputes. In addition to arbitration, as an alternative method of resolving disputes, he also mentioned mediation. Gashi added that changes have been made to the bylaws for mediation, the fees of mediators have been increased, in order to raise the professional standard.

State Attorney Fitore Gajtani said that the state advocacy is familiar with both state and international arbitration. She added that companies that provide services to state bodies, mainly agree that in case of conflict to determine the local court to resolve these disputes. Gajtani mentioned that the state bar has only had one case of domestic arbitration so far.

Valon Basha, Partner at Basha Law, said that the procedure of recognizing and executing arbitration awards is provided by law. He added that this procedure is simple and begins when the proposer submits to the court the request for recognition and execution. Basha stressed that with the establishment of the Commercial Court these issues will be handled more professionally and the processes will be faster.

Korab Sejdiu, Partner and Founder at Sejdiu&Qerkini, said that if commercial decisions are local, they do not need recognition, but only a request for execution to be made in the Commercial Court. He went on to say that for commercial arbitration, from a foreign country, the decision should first go to recognition proceedings then to enforcement proceedings in our court. He stressed that there are some limited legal grounds to challenge the arbitral award.

Deputy Chief of Party at USAID Commercial Justice Activity Vjosa Shkodra said that arbitration as a process is not influenced by state institutions, as it is a process that takes place outside the judicial system.