Reforms in commercial justice are a precondition for attracting foreign investment 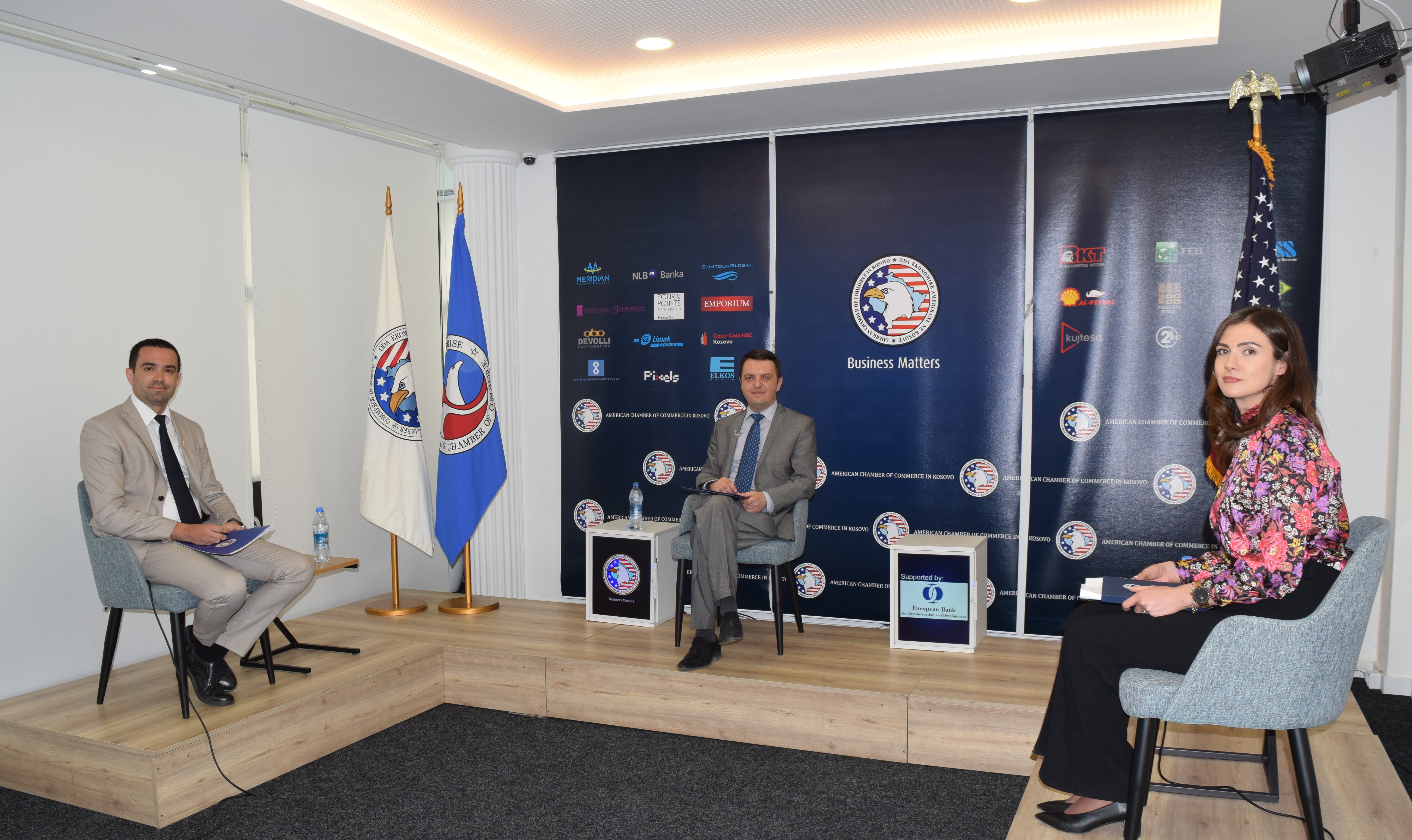 Reforms in commercial justice are a precondition for attracting foreign investment

Prishtina, June 18, 2020 – The American Chamber of Commerce in Kosovo organized a virtual forum with the Minister of Justice, Selim Selimi, where the Government’s plan for reforms in legal processes and rule of law in the country were discussed, with key emphasis on commercial justice. Funding for this virtual forum was supported by the European Bank for Reconstruction and Development, and the EU’s Enterprise Development and Investment Facilitation Program.

Arian Zeka, Executive Director of AmCham stated that he hopes that under the leadership of the new Minister of Justice, the establishment of the Commercial Court as well as the process for Functional Review of the Rule of Law Sector will be completed. He also noted that the Ministry should consider the drafting of a Commercial Code, given that the country already has a Criminal Code and is in the process of finalizing the Civil Code, thus considering this a step that would conclude the legal architecture of Kosovo.

Chris Thompson, USAID Commercial Justice Activity’s Chief of Party, stressed that the program he runs aims to reduce corruption in Kosovo by improving the resolution of commercial disputes inside and outside courts, adding the need for increased public awareness on the importance of commercial justice over the country’s economic growth and development. He added that USAID is working closely with the Kosovo Ministry of Justice and judiciary to develop legislation for the Commercial Court, which will provide legal services to Kosovar businesses.

Minister Selimi stressed the importance of establishing the Commercial Court, emphasizing that its functioning remains one of the main priorities in his mandate. According to the Minister, Commercial Court will increase the efficiency of handling business cases and will help to create a better environment for local businesses but also to attract foreign investors, thereby mentioning that he required the creation of a special mechanism that would deal exclusively with foreign investments. He mentioned that he is now in the final stages of preparing the Civil Code, which will soon be presented to the Government of Kosovo, while highlighting that although the existence of corruption within courts is undeniable, Kosovo judicial system consists of prosecutors and judges that are highly committed to justice. The Minister stated that another priority he has is the increasing of accountability, where he mentioned vetting as a non-political and independent legal mechanism. During the forum, the Minister invited AmCham to become part of the working group on the draft law for Commercial Court, and stressed that he remains committed to cooperating in advancing the new law, which would finalize the establishment of the Commercial Court as soon as possible.

Erblina Krasniqi Prishtina, Attorney at Law and Legal Representative of Tregtia emphasized that within the existing courts in the country, including the one for economic affairs, the reviewing of cases can last for years thus resulting in serious damages for businesses. According to her, the founding of the Commercial Court comprising of judges with economic background is crucial for businesses and for attracting investments. Krasniqi Prishtina also highlighted the importance of including arbitration and mediation clauses in contracts, which give parties the opportunity to address various issues, while noting that ownership issues have so far resulted in some of the most problematic business matters. She further expressed satisfaction with the work done in raising awareness for arbitration and the advantages it offers to parties during legal processes.