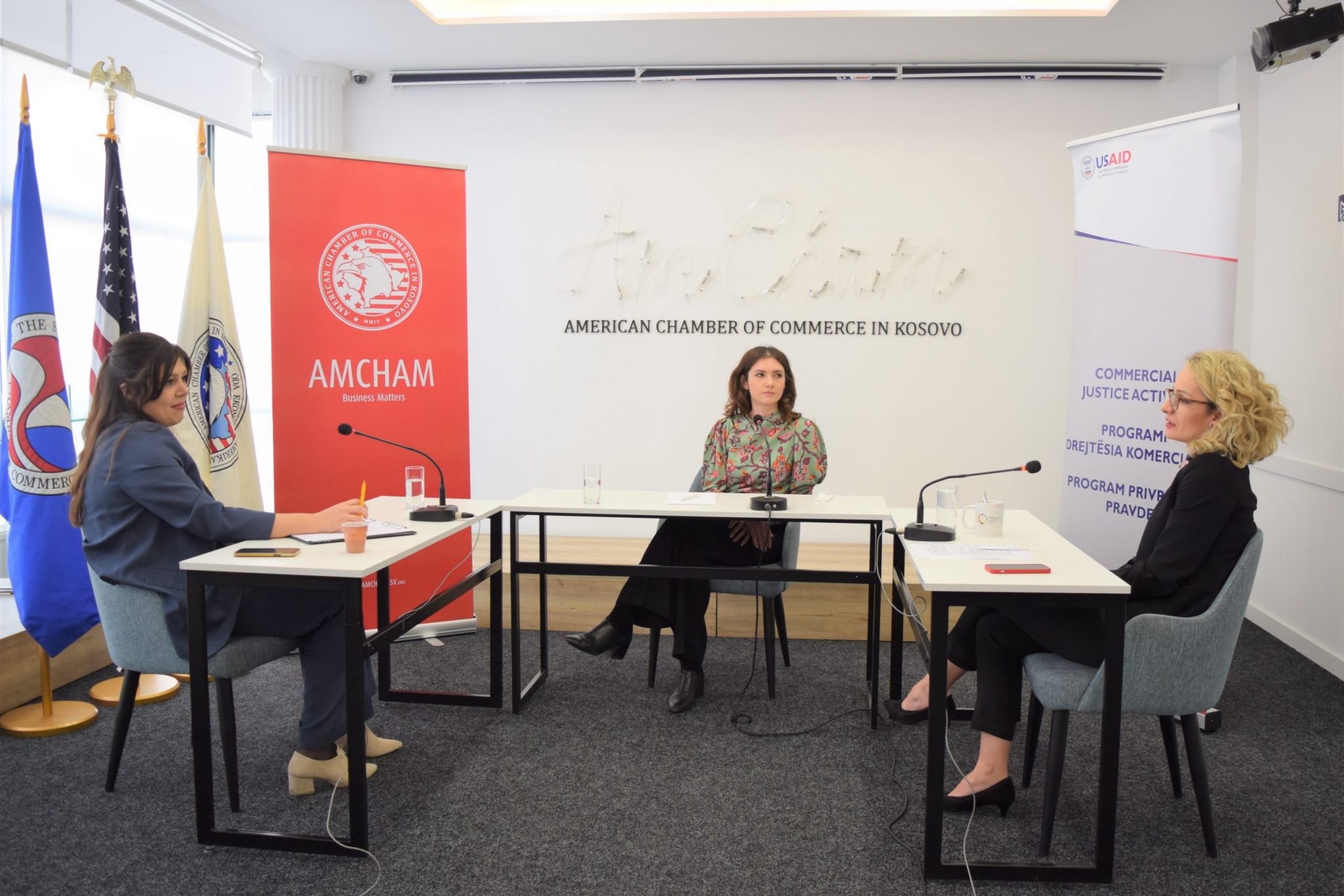 Prishtina, March 31, 2021 – As part of the Arbitration Week organized by the American Chamber of Commerce in Kosovo and the United States Agency for International Development (USAID) Commercial Justice Activity, during the second day of this week, through a virtual forum, the reasons behind low representation of women in arbitration, including the challenges they face in this process, as well as opportunities to increase their representation as arbitrators were discussed.
The issue of under-representation of women in arbitration exists not only in Kosovo, but globally.

During this forum, the Secretary General of AmCham Arbitration Center, Tea Blakaj-Hoxha, noted that this institution is in the process of updating the list of arbitrators, as well as amending the rules of operation of the Steering Council so that actions that promote as much participation of women in arbitration as possible are taken.

The Deputy Chief of Party of USAID Commercial Justice Activity, Vjosa Shkodra, was also part of the panel for this discussion. Shkodra highlighted the activities of this program in general, as well as the cooperation with AmCham in promoting arbitration in specific, noting the impact of the latter in the general increase in interest in commercial justice. Shkodra stated that the representation of women in arbitration is still small, not only in Kosovo but all over the world, however, it is important to focus on this topic and inform legal professionals about opportunities to get involved in arbitration. Shkodra said that the USAID Commercial Justice Activity currently has an internship program, referred to as the Commercial Law Academy, noting that women dominate in terms of interest for getting involved in the program.

Whereas, Attorney Erblina Krasniqi Prishtina, said that arbitration is an institution that is recently being promoted in Kosovo, while highlighting that as a lawyer, she has been recommending businesses to include arbitration clauses in their contracts for a long time. According to Krasniqi Prishtina, there is an increase in the involvement of women in arbitration, or in general in the field of jurisprudence, both internationally and locally, but still the number is not large in proportion to men. She considered that the release of statistics on women practicing the profession would be very necessary, so as to see how many women we have focused on either the field of advocacy practice or other alternative methods.