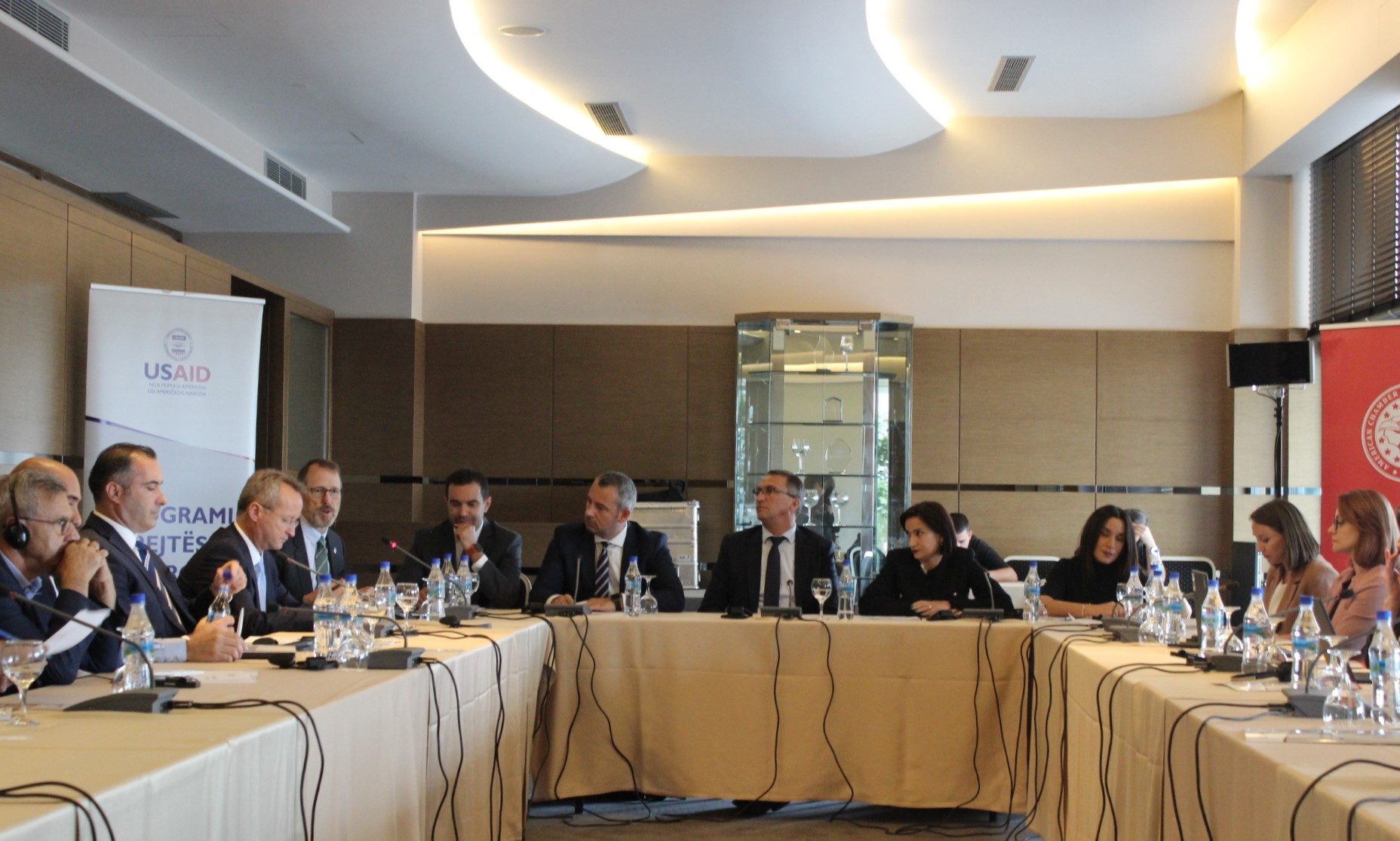 Prishtina, 12 September 2022 – The American Chamber of Commerce in Kosovo in cooperation with the USAID Commercial Justice Activity organized a roundtable with judges, lawyers, and arbitrators, with the purpose of exchanging information regarding alternative dispute resolutions with a focus on arbitration.

Chris Thompson, Chief of Party for USAID Commercial Justice Activity, claimed that despite the wonderful opportunity of avoiding clogging in Court cases, arbitration is not being used enough. Further, he noted that USAID supports many things, where among others, provides support in building arbitration and using arbitration in Kosovo considering its great opportunity. Further, he stressed that it is important for lawyers to recognize that they should be putting the arbitration clause in their contract.

Mahir Tutuli, President of the Commercial Court, said that since the establishment of the Commercial Court, there had been only a couple of arbitration cases. He stated that the main challenges encountered in arbitration are the enforcement procedures, which sometimes take longer than going to court. Lastly, he claimed that it is essential that all institutional mechanisms focus on finding a solution with regard to this matter and ease the procedures of the Courts which already are overwhelmed with cases.

Verona Dibra, Judge at the Commercial Court, claimed that there are only two cases of arbitration. The procedure for dispute settlement takes time and goes through different stages, but usually what hinders its processing is the part of execution, which needs a proper approach.

Njomëza Zejnullahu, Arbitrator and Senior Legal Officer, USAID Commercial Justice Activity stated that the goal of this roundtable was to fuel inter-institutional cooperation. In particular, to discuss with each other what the obstacles of arbitration are, and how to tackle them. It is profoundly crucial to ask ourselves what could have been done, to have a higher number of cases in arbitration.