Roundtable: Put it on paper 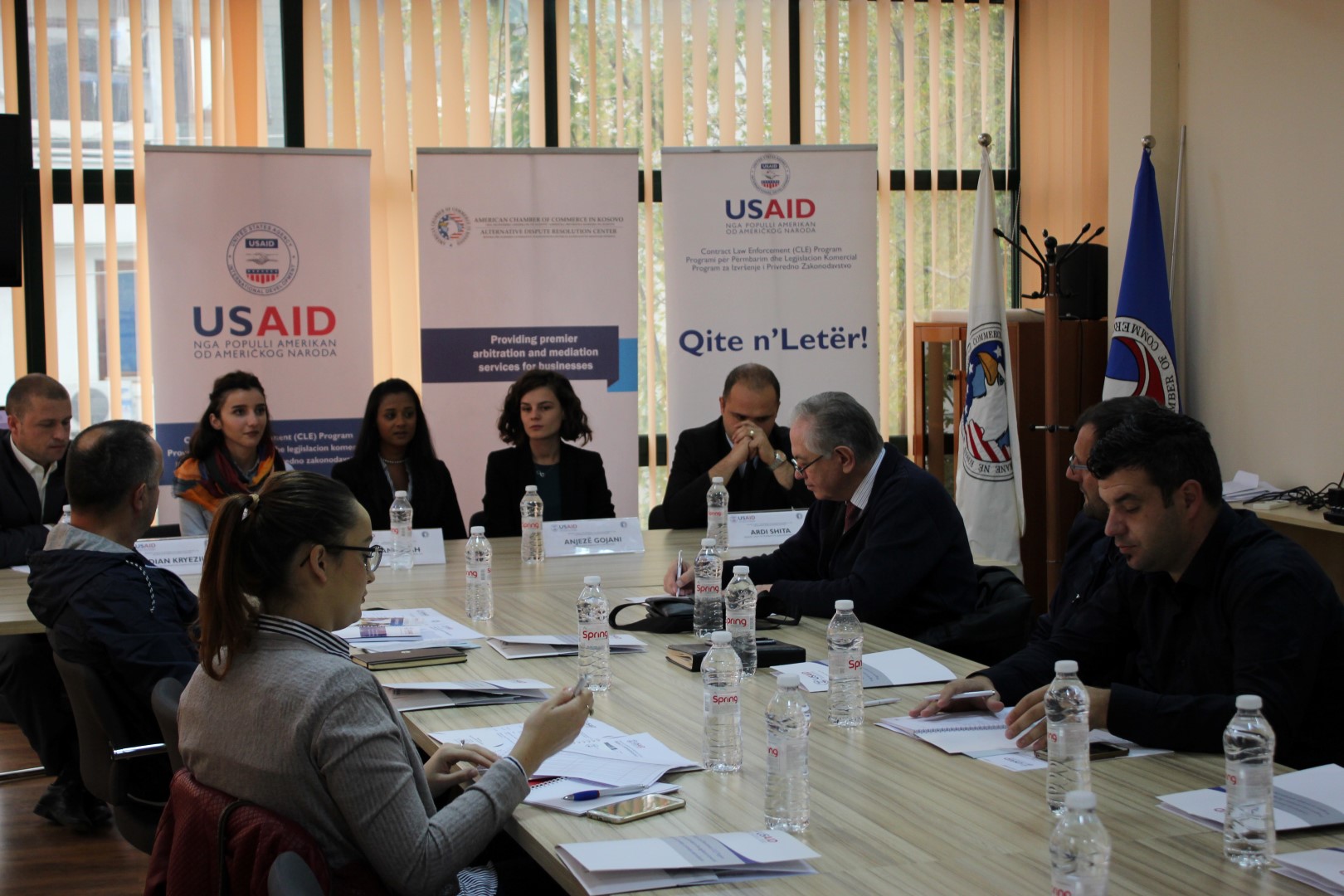 Roundtable: Put it on paper

Pristina, November 17, 2015  – American Chamber of Commerce in Kosovo in cooperation with USAID’s Contract Law Enforcement Program (CLE) organized a round table within the Global Entrepreneurship Week 2015, hosted by the Innovation Centre Kosovo. This table served to discuss the importance of contracts, arbitrationand mediation as well as for the development of private law enforcement system. As part of the panel were Ardi Shita, Legal Specialist of USAID CLE; Anjeze Gojani, Secretary General of the Alternative Dispute Resolution Center, and Ardian Kryeziu, Senior Attorney at USAID CLE. In her opening remarks, Shibani Shah, Legal Specialist of USAID Program for Law Enforcement (CLE), stressed the importance of engaging young people to learn more about contracts and easing procedures for resolving disputes.

Furthermore, she explained how USAID CLE consists in three main areas, including contracts, mediation, arbitration, and enforcement of contracts. Ardi Shita elaborated on the modalities of contracts ranging from a written agreement between both parties and signed by them in a paper to the most complex forms designed with the help of legal consulting. He also discussed how contracts can serve as a simple mechanism that ensures the right to appeal and execution, further introducing the format of the constituent elements of the contract. While Anjeze Gojani reiterated the importance of contracts as a form that serves to protect the interests of the parties and, above all, as a tool that creates a positive psychological effect on the parties in regards to the responsibility of fulfilling the obligations that are signed by them. It also introduced new practices to resolve disputes which are mediation and arbitration, noting that these procedures are free, confidential, easier and faster compared to regular cases of judicial proceedings.

On the other hand, Ardian Kryeziu focused more on private enforcement mechanism, as a new practice in our country. He stressed that despite the small number of private enforcement agents per capita; our country continues to work on these aspects satisfactorily. According to him, for 14 months private enforcement agents managed to collect around 23 million euros of debts, a figure that shows the efficiency of their work. At the end, participants had the opportunity to address their questions to the panelists and discuss various issues of interest to them, which relate to the topic of this workshop. In addition, participants had the opportunity to take standards form of various contracts.