Roundtable With the Private Sector in Suhareka 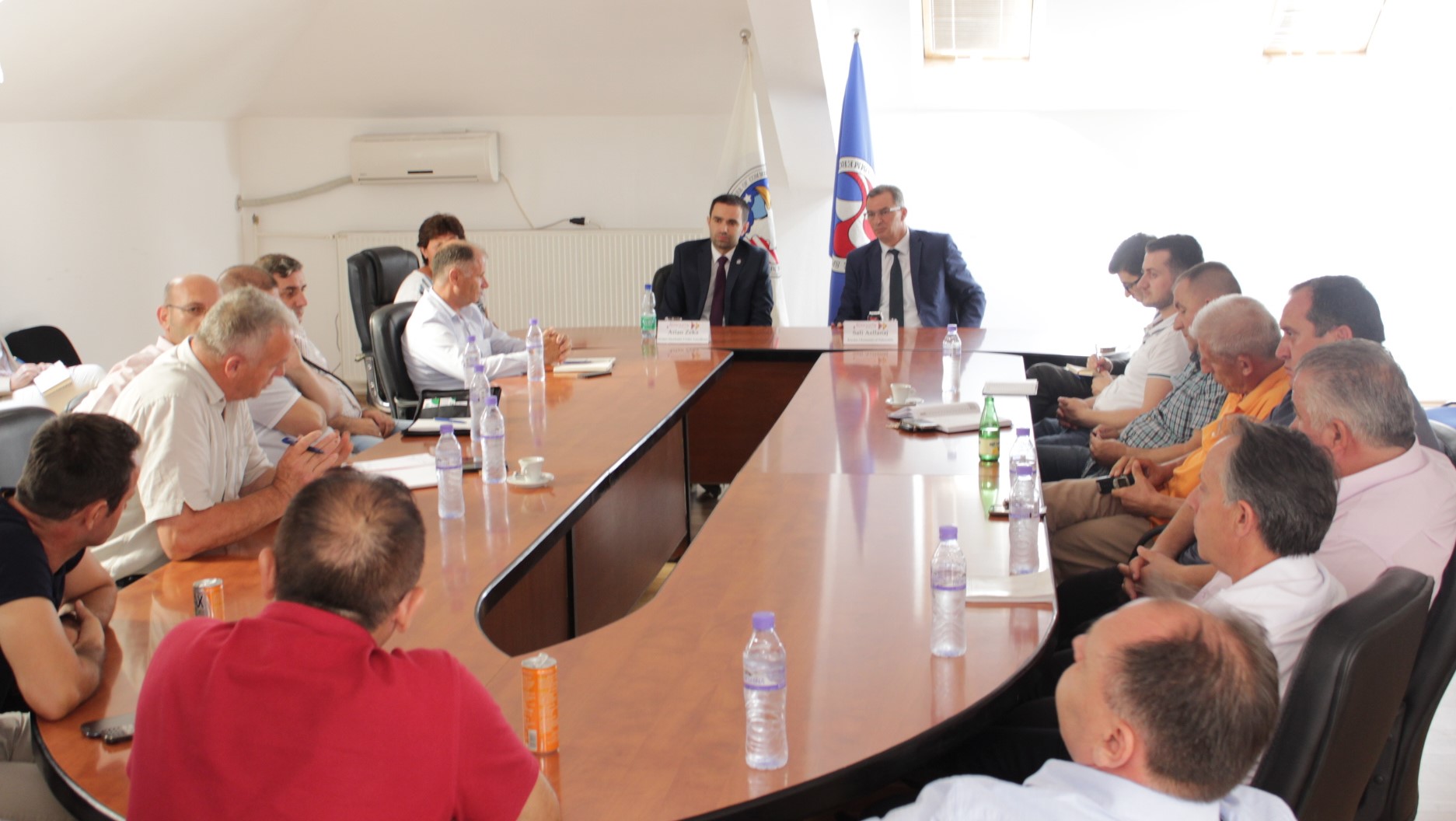 Roundtable With the Private Sector in Suhareka

Prishtina, July 27, 2016 – American Chamber of Commerce in Kosovo organized a roundtable at the local level with the Mayor of Suhareka Municipality, Sali Asllanaj, to provide an opportunity for businesses that operate in Suhareka to discuss about issues they deal with, as private sector.

Executive Director of American Chamber of Commerce in Kosovo, Arian Zeka emphasized broadening the list of customs exempted goods, an issue also raised in the National Council on Economic Development, as a fundamental issue that the private sector deals with. He added that the broadening of the list of customs exempted goods would equalize the competing position of domestic producers, in relation to regional countries, thus arguing that application of VAT to raw materials, determines high prices of finished goods, ready to be sold or exported outside the country. Tax holidays, according to Zeka, despite the fact that they decrease customs revenues in the short-term aspect, they generate much more profits in medium and long terms. Furthermore, he pointed out that the Law on Strategic Investments doesn’t offer fiscal incentives for foreign investors, but it could be balanced with giving public land and property to investors.

Mayor of Suhareka Municipality, Sali Asllanaj, praised the willingness of AmCham Kosovo to continueits utmost support for the private sector, thus assessing its initiatives, which not only they enable domestic businesses to raise their issues of concern, but constanlty urge on state institutions to make decision of interest for the private sector. Moreover, Asllanaj emphasized that private sector needs more support, in terms of offering more favorable policies for serious and legal companies, thus expressing his willingness to continue to support companies towards their development.

Local businesses of Suherka had the opportunity to discuss about issues and challenges they deal with, particularly in the agricultural sector and infrastructure in industrial zone of Suhareka, thus assesing the continuous support of AmCham Kosovo.