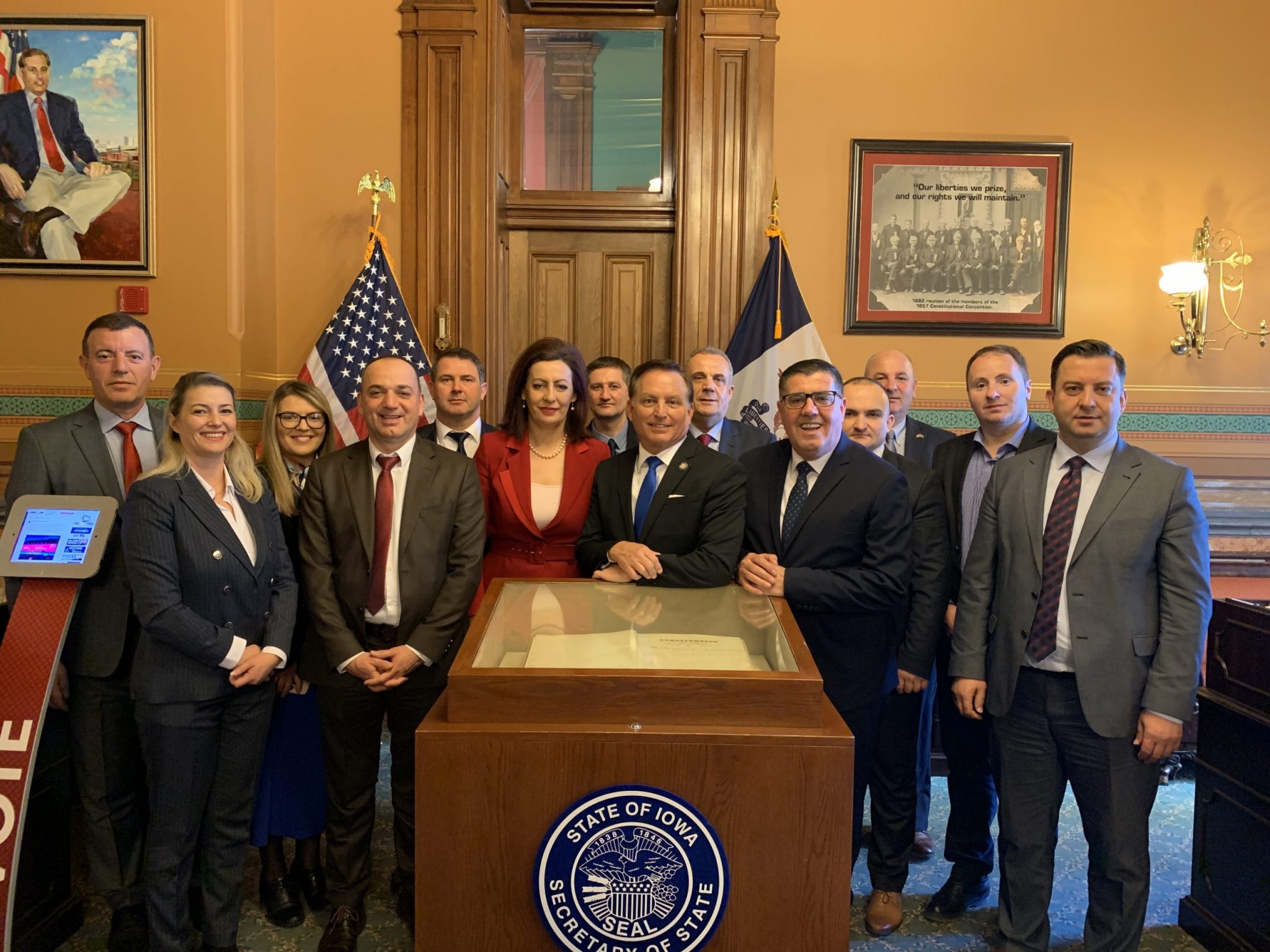 Prishtina, February 29, 2020 – The delegation of Mayors from Kosovo, which is staying in the state of Iowa, under the organization of the Regional Development Agency – Center and the American Chamber of Commerce in Kosovo, were received in a meeting by the Secretary of State, Paul Pate.

He considered the meeting with the delegation from Kosovo represented by mayors of different ethnicities of Kosovo, the director of the AmCham and the director of RDA – Center as very important.

“We talked about business and agricultural opportunities between the two states, as well as student exchange,” stated the Secretary of State.

In the meeting attended by Minister of Local Government Administration Emilia Rexhepi, Kosovo Mayors briefed the Secretary of State of Iowa on the progress achieved in Kosovo, as well as on the economic potential offered to American businesses.

Kosovo mayors also met with the legislator of the state of Iowa, Zach Nunn, from whom they received recognition for strengthening the Kosovo-Iowa partnership.