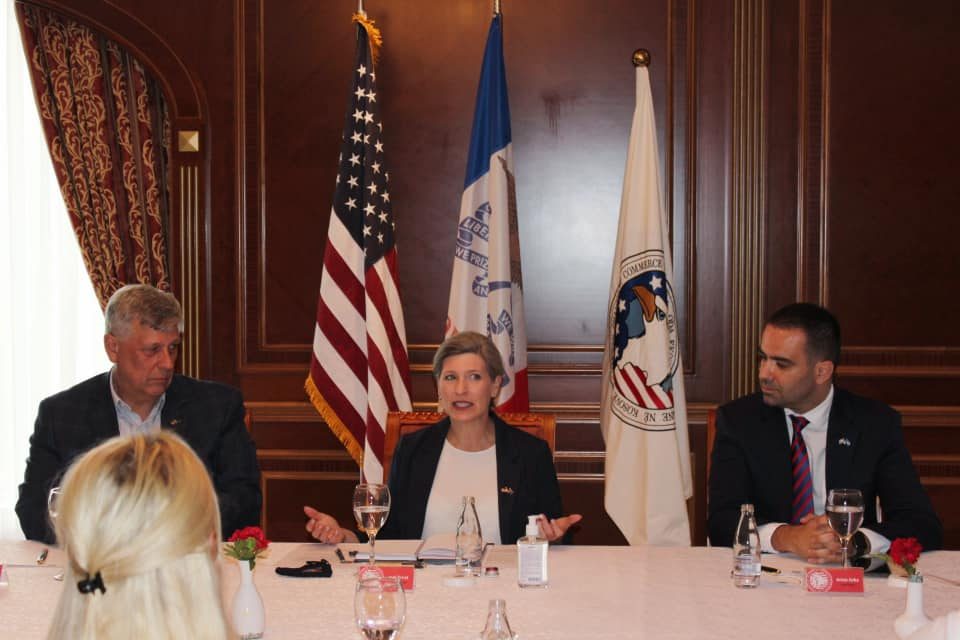 Pristina, July 5, 2021 – In her recent visit to Kosovo, United States Senator Joni Ernst, from the State of Iowa, met with business representatives of the American Chamber of Commerce in Kosovo.

Senator Ernst said that she was happy to be back in Kosovo and to discuss with Kosovo officials how the United States can be supportive, but also how Iowa can expand its role in Kosovo through the long-standing Kosovo-Iowa partnership.  Ernst said she hoped the partnership could move beyond the already strong military cooperation and expand further in education, business development, and agriculture.

“There are concrete ways of furthering economic development and supporting business in Kosovo.  It is important to target the areas with the greatest opportunities for expanded Iowa-Kosovo cooperation, such as agriculture,” Senator Ernst said.

Speaking on workforce development, she highlighted the importance of apprenticeship programs for young people, as an alternative to university degrees, noting the success of such programs in Iowa.  Ernst emphasized how these programs prepare young people for the labor market by better matching skills development to the needs of employers.

Regarding the investment climate in Kosovo, Senator Ernst said that many people would be willing to invest and engage in Kosovo, but investors need the reassurance of a strong legal system backed by demonstrated respect for the rule of law.