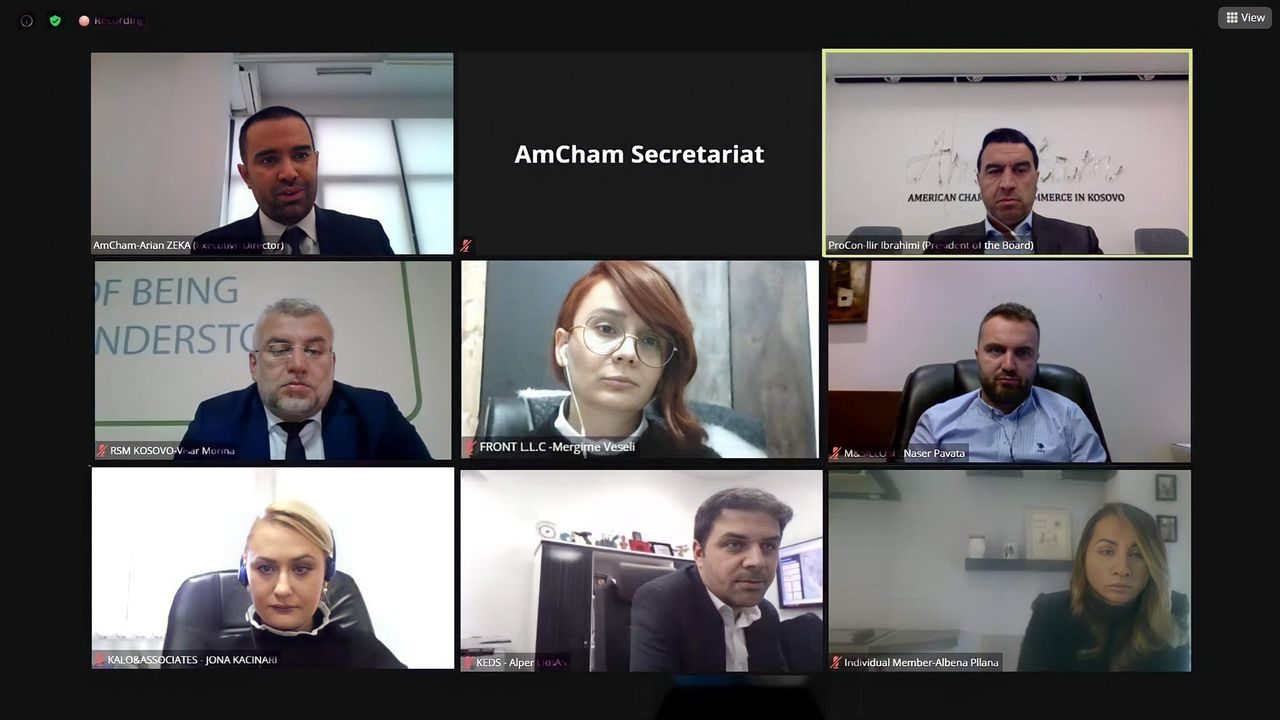 Prishtina, January 14, 2021 – The American Chamber of Commerce in Kosovo held its Annual Meeting of the General Assembly, which similarly, to most AmCham events in 2020, was organized virtually as well, with the participation of 104 delegates.

The delegates of the General Assembly were presented with the 2020 report of activities and financials, including last year’s achievements, commending the work of the Executive Director and the staff in what was the most difficult year. Pursuant to the bylaws of the Chamber, the General Assembly approved the 2021 Annual Program and Supporting Budget.