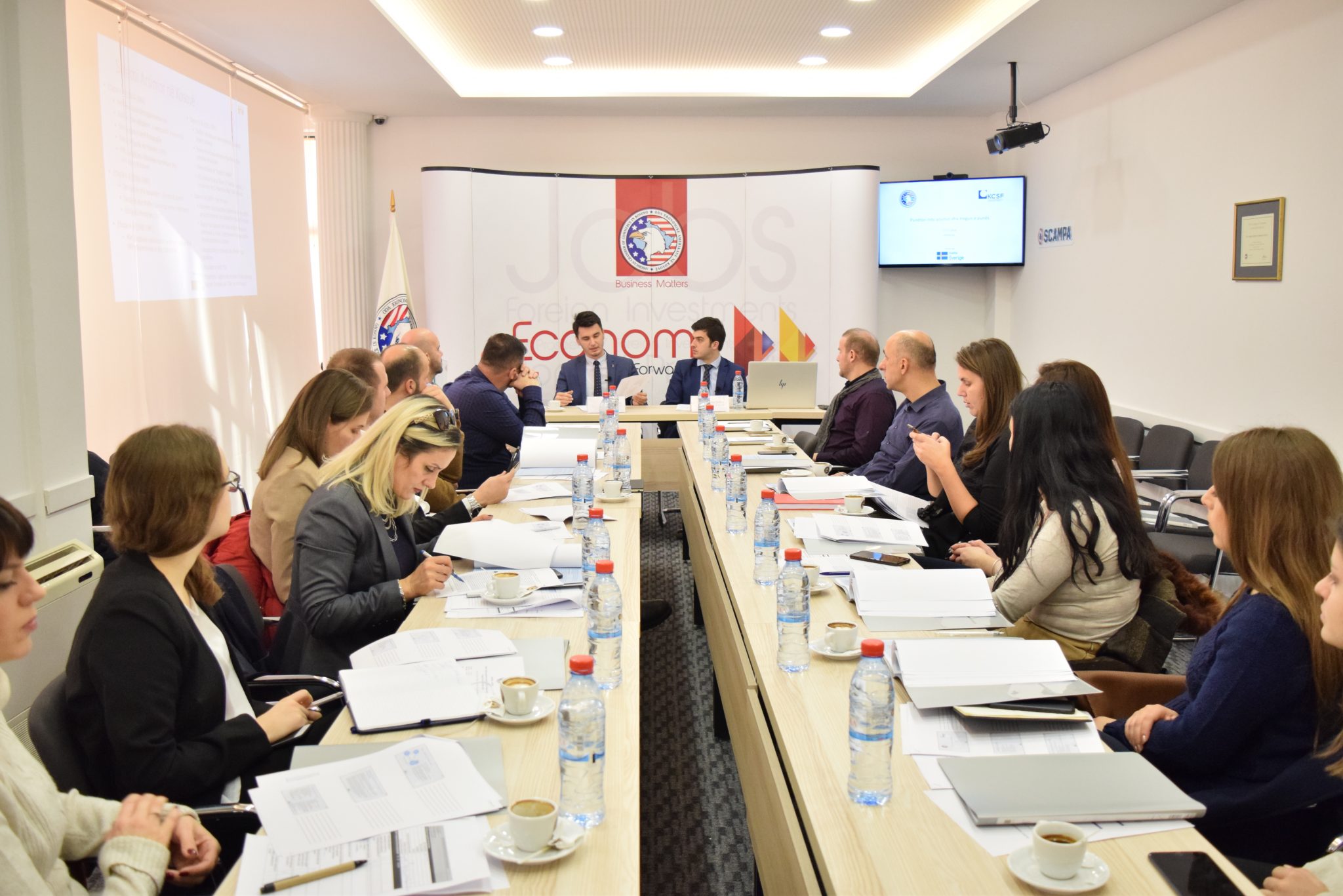 Prishtinë, December 12, 2018 – Developing a labor market in Kosovo in concordance with the private sector’s needs is correlated with the level of the education system. Despite the recent developments in this regard, Kosovo is faced with skills gap and numerous challenges which are affecting the furtherance of private sector development in the country. This was said today in the workshop organized by the American Chamber of Commerce in Kosovo, within the project “Private sector development through SAA implementation”, financed by Swedish International Development Agency (Sida), managed by Kosovo Civil Society Foundation (KCSF).

Visar Hapciu, Head of AmCham Economic Research Institute, informed the participants about the specifics of the Stabilization and Association Agreement regarding the development of labor market such as increasing the cooperation between state institutions with the EU, further including in the labor market women, people with disabilities, and other vulnerable groups, eliminating discrimination in this aspect, and creating social protection that stimulates economic development. He added as concerning the high unemployment rate as well as the inactive individuals in the market mentioning the role of skills gap in this regard. Hapçiu also mentioned some successful examples in the European Union in social dialogue and creating a flexible labor market.

Albion Ujkashi, AmCham Policy Officer, informed the participants about the education system in Kosovo which directly impacts the development of the labor market in the country. He said that despite the fact that Kosovo has an advanced legislation, the country still faces many challenges in university and pre-university education which has resulted in the current situation of lack of requests and offers in the labor market. Ujkashi added that relevant institutions should work more in interrelating the private sector with education. Further on, he clarified the dual education system in Germany as an example of labor market development in accordance with the industry’s needs.

Further on, participants had the chance to discuss on the steps that various institutions should take in creating a more suitable labor market in Kosovo.