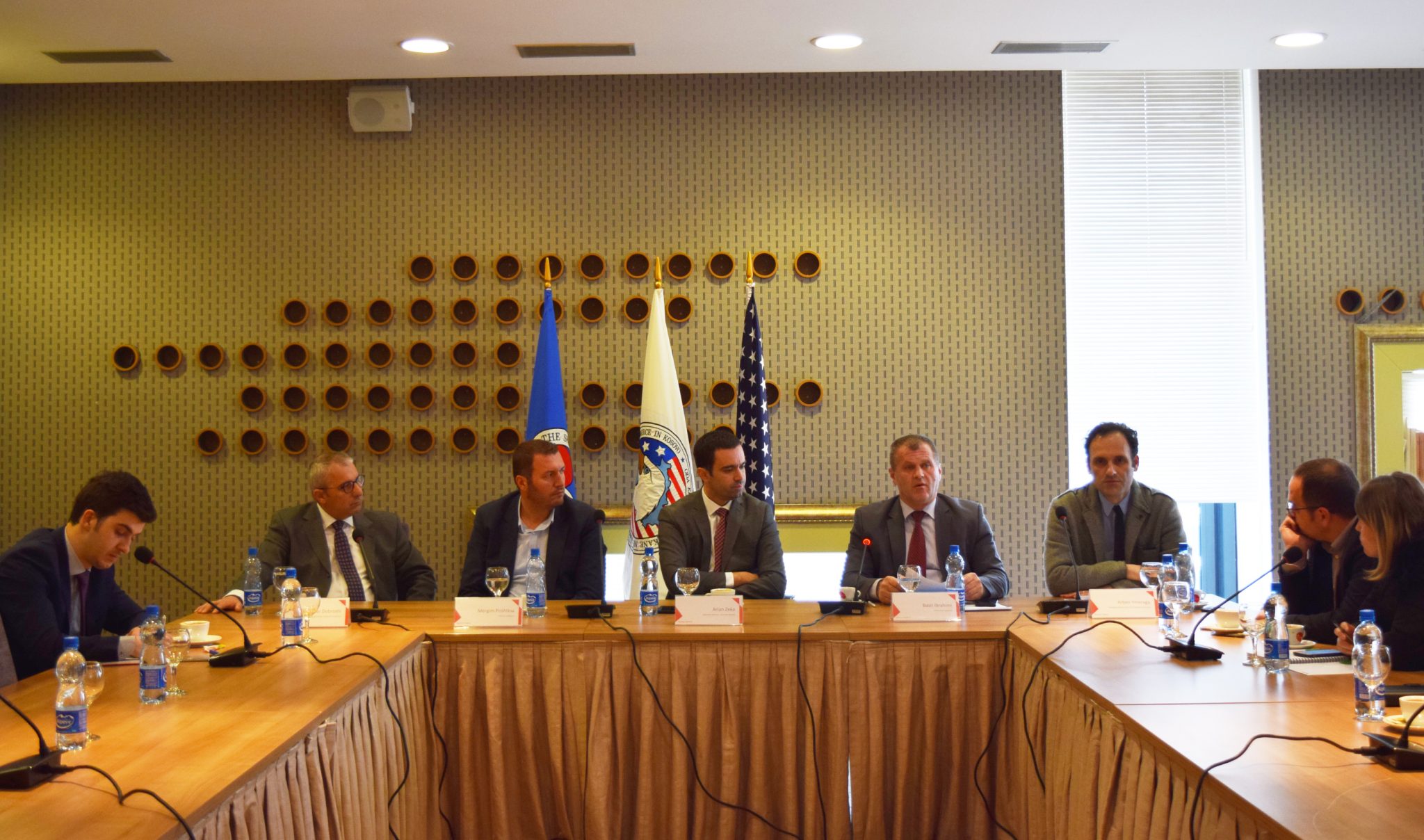 Prishtinë, February 22, 2018 – The lack of professional skills remains one of the main concerns in youth employment despite the fact of finishing studies in higher education, while more should be done in fighting informality in employment. This was said today in the roundtable organized by the American Chamber of Commerce in Kosovo titled “Building a Job Market for the future”, part of the activities organized for the 10th year independence of Kosovo.

Basri Ibrahimi, Chief Labor Inspector, said that despite the increase of the employment rate during 2017, awareness and information on job safety remains small for the employers and the employees. He mentioned the companies’ numerous complaints in the lack of qualified personnel when requiring new employees, as a result of the skills gap in the job vacancy. He called upon the relevant institutions in conducting a proper analysis of the job market in order to orient youth in the right direction in finding a job.

Mërgim Prishtina, Chair of AmCham Manufacturing Committee and CEO of TrePharm, said that legislations advancement in the job market should be in concordance with the economic development. He addressed the concern on graduated students’ skills gap who need to take certain trainings in meeting their potential. He added that the institutional cooperation will reflect in decreasing the rate of unemployment and also informality in the workplace. He requested a more flexible legal access in adjusting the relations between the employers and the employees.

Visar Dobroshi, Managing Partner of Recura Financials, mentioned the case of increasing the companies’ awareness in education investments, job safety, and also respecting the labor laws. Whereas Arben Ymeraga, Partner at Melita & Partners, spoke about his company’s certification processes for students which has enabled them to apply the theoretical skills in practice as well. The attendants further on addressed their concerns in developing new initiatives in the job market which will reflect in the furtherance of economic development.