The Steering Council is the highest body of the Arbitration Center, seeking to achieve the Center's objectives and carry out its duties. The council consists of five voting members, the AmCham Executive Director as a non-voting member, and the Secretary General of the Arbitration Center. Members of the Steering Council are appointed by the Board of Governors of the American Chamber of Commerce in Kosovo: 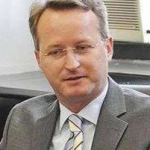 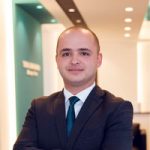 Sokol Elmazaj holds a law degree from the Faculty of Law of the University of Tirana. He has been practicing law in Albania since 1998. Mr. Elmazaj is currently partner at Boga & Associates, a premiere Albanian law firm established in 1994 and has offices in Tirana (Albania) and Pristina (Kosovo). Mr. Elmazaj is also Country Manager of Boga & Associates' branch in Pristina. He is a well experienced legal business counselor as well as a reputable litigator representing foreign investors in disputes resolution, both before courts and arbitration.

He has been recognized and awarded for several years as top ranking lawyer in Albania by Chambers & Partners (international legal market rating company), commented as “an excellent litigator with strong expertise in dispute resolution” and “the group’s most prominent figure... admired for his diligence and expertise in handling complex transactions”. For some years, he has pursued the legal academic walk teaching business, civil and labor law in New York University of Tirana. He had to suspend his academic activity three years ago in order to take over the legal practice of the firm in Kosovo. 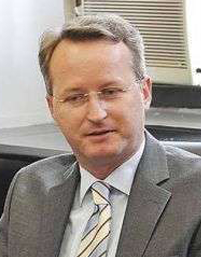 Agron Selimaj is a graduated Lawyer from the University of Pristina, Faculty of Law. Regarding his professional achievements, Mr. Selimaj has finished the Bar Exam and is also both a Trainer on Gender Equity as well as a Kosovo Bar Association Trainer.

His professional experience consists of numerous significant positions mainly in the legal sector, in both law practice and international organizations, such as UNMIK. Mr. Selimaj has been an adviser to the Kosovo Minister of Defense and has also served as Director of Kosovo Intelligence Agency for two years, to then become an Attorney at Law at his Legal Consulting Firm “SELIMAJ Legal Consulting” L.L.C. Mr. Hasolli possesses many years of experience as a lawyer in Kosovo. In 2008 he became Partner at Kalo and Associates. His work focuses on corporate, commercial and IP practice. Mr. Hasolli is a licensed Trademarks and Patents Agent.

Mr. Hasolli completed the Continuous Legal Education Programs in 2006 and Bar Exam, Department of Justice also in Pristina in 2003. He received his Bachelor’s Degree in Law at the University of Pristina in 1990. 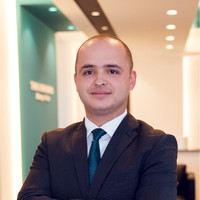 Attorney-at-law and legal consultant specialized in commercial and corporate law. Alma matter from the University of Vienna, Karl Franzen's University in Graz, University of Ljubljana, and the southeast European University. Served and continues to serve as director/trustee in various organizations and companies, including the Rochester Institute of Technology in Kosovo (R.I.T. Kosovo A.U.K.), K.E.P. Trust (Kosovo Enterprise Program, the largest non-bank financial institution) and the Kosovo C.S.R. Network. Professor Gashi teaches civil law at the University of Prishtina, and he is a member of the Academic Council of the faculty. Apart from the degree certificates, he has done academic research and training at Arizona State University and University of Bergen.

Professor Gashi’s previous experience includes his work for the Supreme Court in Kosovo, the Government of Kosovo, the National Assembly, as well as “Haxhi Zeka” University in Peja. Apart from this, he has acted as a legal advisor for several international organizations, including the USAID, UNDP, and GIZ.

Professor Gashi is a published author of academic books, commentaries to national legislation, and academic articles. Arian Zeka is the Executive Director of the American Chamber of Commerce in Kosovo. He was appointed in this position in June 2012, after previously serving as a Deputy Director and Head of Policy Department since November 2009.

Apart from leading implementation of an active program of services, activities, and events in support of the Chamber’s membership, he also promotes the public image of the Association by serving as the Chamber’s “ambassador-at-large,” and liaising on behalf of its Members with other leaders of Kosovo, international business communities, and with representatives of local and international government agencies.

His other duties and responsibilities include establishing and maintaining productive working relationships with organizations and individuals relevant to the Chamber. He represents AmCham Kosovo in most important state and inter-institutional economic mechanisms, such as National Council on Economic Development.

During 2015, he was the chairman of the Consultative Council comprising of Ministry of Finance, Tax Administration, Customs, and two other business associations.

During his leadership, the Chamber has more than doubled its membership, while in 2013 AmCham Kosovo was the Chamber with the largest membership acquisition among the 43 AmChams in Europe. Also, during his service, AmCham Kosovo established in 2012 the Charity Foundation, and has further strengthened the capacities of the Arbitration Center for provision of professional arbitration and mediation services. He is also ex-officio member of the Steering Council of the Arbitration Center.