Strengthening energy capacity and energy efficiency is important for businesses 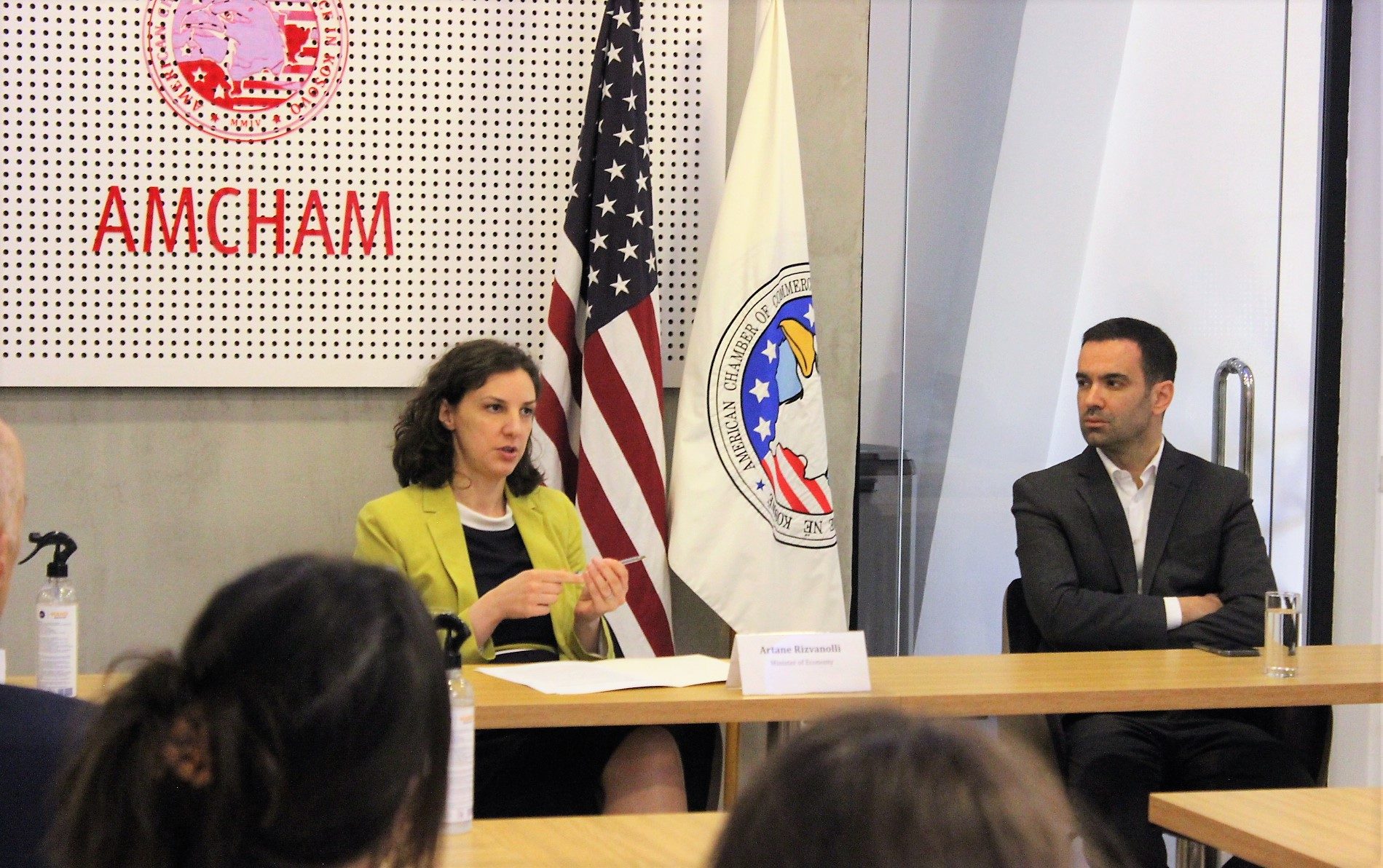 Strengthening energy capacity and energy efficiency is important for businesses

Prishtina, April 15, 2022 – The Government’s plans on strengthening energy capacities with a focus on green energy, as well as affordable energy tariffs for commercial consumers were the main focus points in the discussion organized by the American Chamber of Commerce in Kosovo with the Minister of Economy Artane Rizvanolli.

Minister Rizvanolli revealed to the present companies the plans of the Government of the Republic of Kosovo for green energy and the impact on the sustainable economy, as well as the work and challenges of the energy sector in the country, as well as the Energy Strategy 2022 – 2031 which is in completion.

The Minister of Economy stressed that the strategy, in addition to aiming at the decarbonization of the energy sector in the country by 2050, thus fulfilling Kosovo’s high potential for the development of Renewable Resources, also reflects the Government’s commitment in terms of socio-economic development. She added that the strategy aims to enable the energy sector to serve as a tool for the country’s economic growth and increase business opportunities and youth employment.

The members of the Green Committee, Energy and Mining Committee, and Trade and Customs Committee of the American Chamber of Commerce, expressed their concerns about the security of energy supply, but also provided ideas and recommendations regarding the promotion of energy efficiency in the country, including investment financing.