Strengthening the economic diplomacy should remain a foreign policy priority 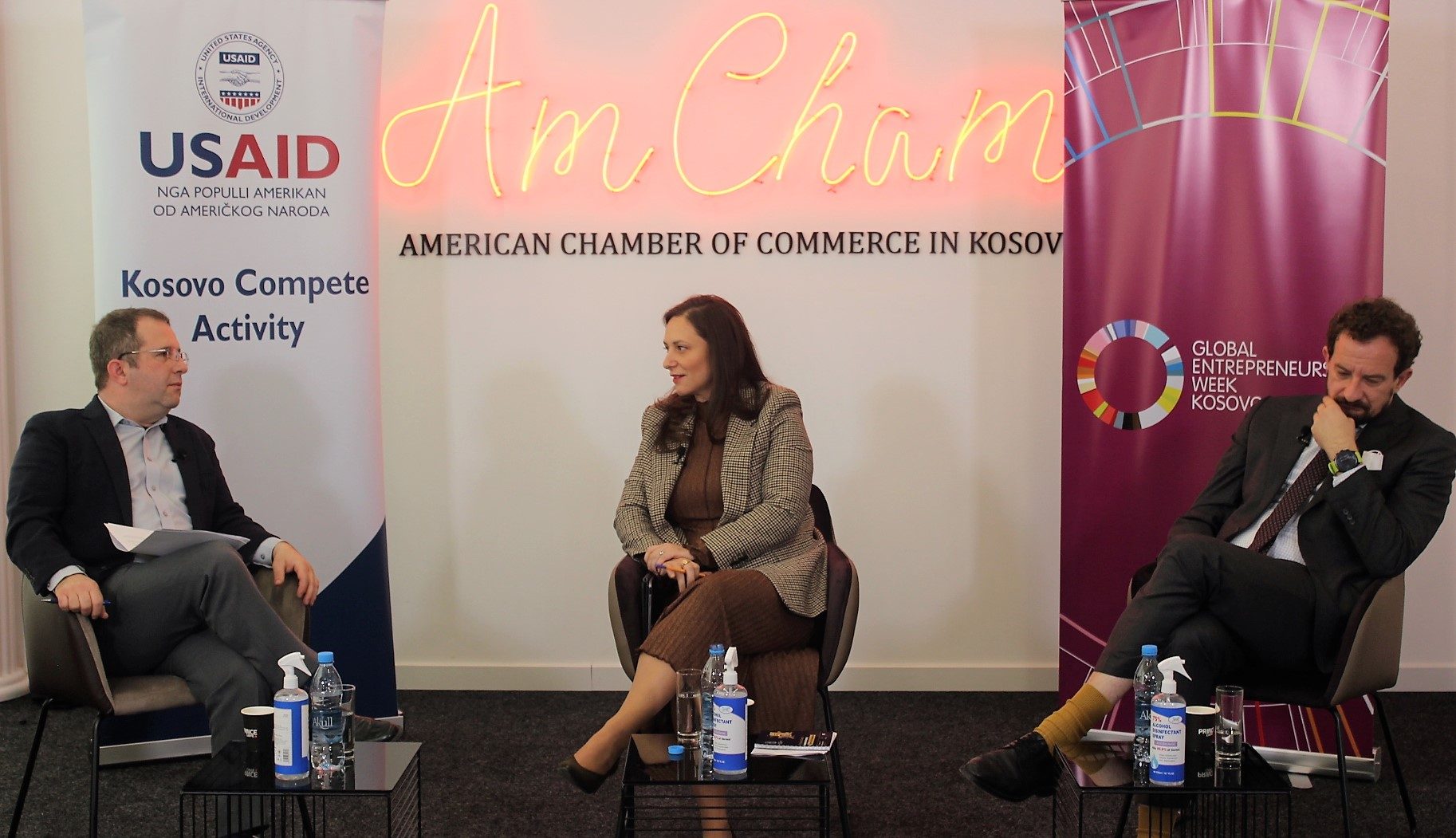 Strengthening the economic diplomacy should remain a foreign policy priority

Prishtina, November 11, 2021- To discuss the impact of commercial diplomacy on business and exports, former Kosovo ambassadors were invited to a forum organized by the American Chamber of Commerce and Innovation Centre of Kosovo, with the support of USAID Kosovo Compete Activity, who gave special focus to the challenges faced by diplomats and businesses in Kosovo.

Bernard Nikaj, former Ambassador of Kosovo to Belgium expressed the importance of this forum, by thanking the American Chamber of Commerce in Kosovo for this organization and said that he hopes that after this forum, changes will occur because such initiatives are lacking. He cited one of the shortcomings of the small number of economic or digital diplomats to attract investors. Nikaj said that the barriers remain the same – the coordination between actors in Kosovo and not between institutions and Embassies.

Former Ambassador of Kosovo to Panama Zana Rudi said that businesses are aware of what they want to achieve and that exporters from Kosovo have success stories, but she suggested that there is a bridge between businesses and institutions.

Leon Malazogu, former Ambassador of Kosovo to Japan, at the same time moderator of the forum, stressed that commercial diplomacy should be at the service of businesses. He cited as a shortcoming the provision of information about businesses and that the private sector should make this access easier in the future.