Supporting young entrepreneurs is imperative for the creation of new jobs 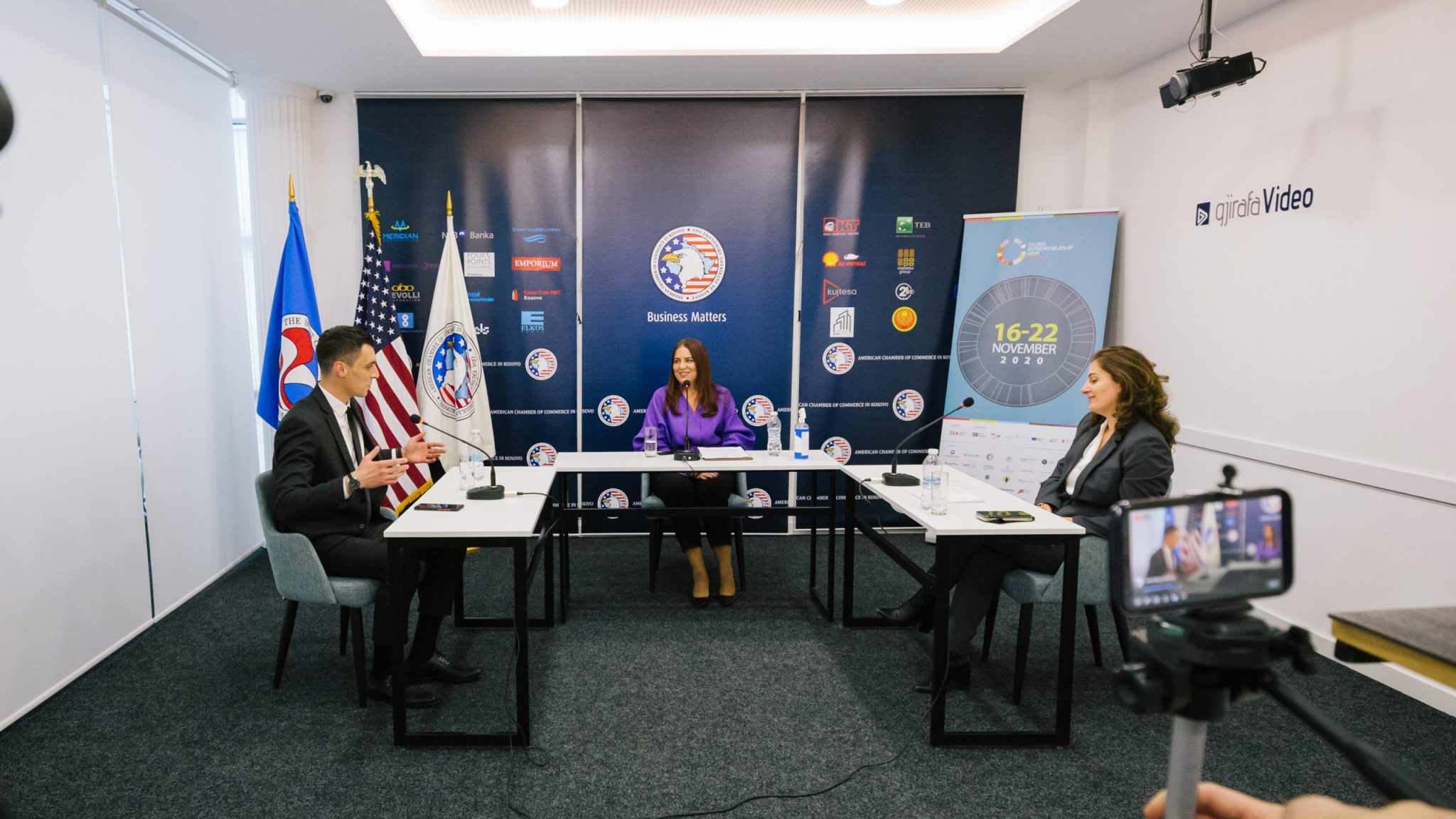 Supporting young entrepreneurs is imperative for the creation of new jobs

Prishtina, November 21, 2020 – Supporting the youth in entrepreneurship can greatly contribute to the economic development of the country, now and in the future. The development of entrepreneurship among young people is an important tool for the development of human capital and economic potential, as well as for stimulating sustainable economic growth. This was said, among other things, during a virtual forum organized by the American Chamber of Commerce in Kosovo, in cooperation with Innovation Centre Kosovo (ICK), for the Global Entrepreneurship Week.

The Minister of Culture, Youth and Sports, Vlora Dumoshi, during this forum emphasized that over a thousand young people have benefited from the programs for professional training implemented by the ministry she leads. Furthermore, Minister Dumoshi stated that within her ministry, there is a special strategy and program for the youth within which the age criterion has been increased and volunteering has been strengthened. She also stressed the need to increase the efforts to make the country more attractive to the youth so that we do not face a brain-drain. While relating to the plans of the Ministry she leads, Minister Dumoshi stated that an increase of subsidies for youth in entrepreneurship is planned for the next year.

“As Minister of Culture, Youth and Sports, in particular my main objective has targeted the youth. For the first time this year, 168 young entrepreneurs have benefited, who will directly affect the economic development,” stated the Minister.

Dajana Berisha, Executive Director of the Foundation for Civic Initiatives said that the attractiveness of the non-public sector for employment as well as the support for entrepreneurship among young people should be increased in order to create a more sustainable economic growth. Moreover, she spoke about the successes of the organization she leads, where she mentioned the Program for Accelerating Youth Employment in the Agricultural Sector. Referring to the challenges that entrepreneurs face, she mentioned the lack of calls for support, where she also called on relevant ministries and stakeholders to support the innovative ideas of young entrepreneurs, on a continuous basis. Berisha also stressed that it is necessary to have a proper sectoral analysis, through which the youth can better analyze the market and accurately predict their future in the sectors in which they invest.