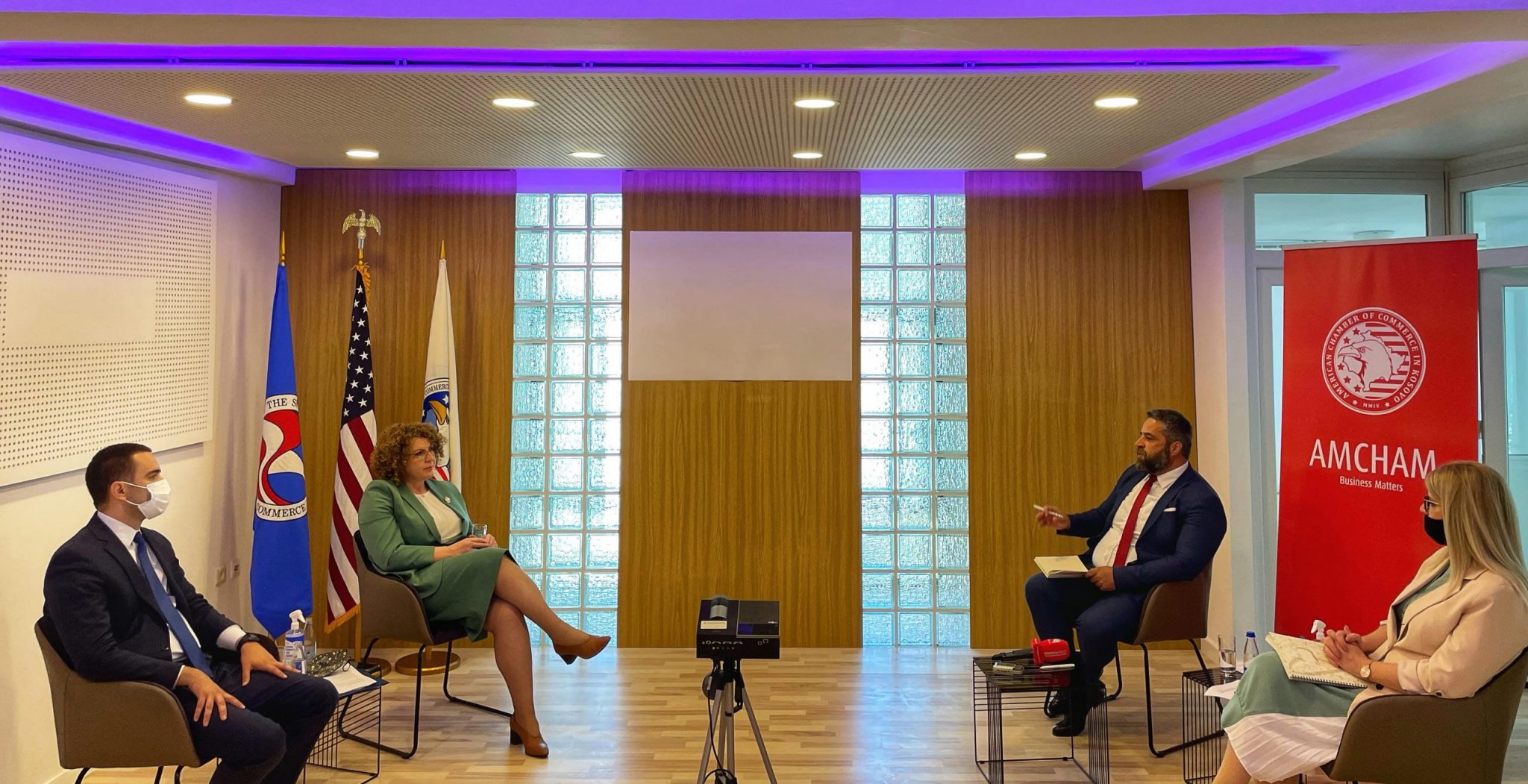 Pristina, 26 may 2021 – The American Chamber of Commerce in Kosovo published today the findings of the 2021 Manufacturing Competitiveness Index, which reflects the state of the manufacturing sector according to various indicators. According to this year’s Index, indicators related to the ease of international trade are rated highest with an average of 5.61 points, while indicators related to the rule of law are rated the lowest with an average of 4.19 points.

Arian Zeka, Executive Director of the American Chamber of Commerce said that there cannot exist a sustainable economic development without strengthening the manufacturing sector, emphasizing that this has been at the core of institutional efforts in recent years, including the New Government of the Republic of Kosovo. Elaborating on the research findings, Zeka said that reforms should focus on improving specific indicators that have been ranked lower this year, such as those related to the rule of law, access to finance, internal trade, building quality infrastructure, but also the fiscal environment, labor force and physical infrastructure.

The Minister of Industry, Entrepreneurship and Trade, Rozeta Hajdari, said that the Government plans to support the manufacturing industry, through the advancement of policies that enable increased competitiveness and exports. Minister Hajdari said that the focus of the Ministry she leads will be the improvement of the quality infrastructure framework, which among other factors, would guarantee greater protection for local consumers. The Minister also discussed the support for businesses with potential for export and creation of new jobs, through the creation of specific policies catered for industry, export and trade, which will be preceded by an analysis for industrial sectors. Discussing the different indicators that were demonstrated in the Index prepared by the American Chamber of Commerce, Minister Hajdari presented the Government’s intentions to establish a Commercial Court, improve the link between the educational institutions and labor market demands, and strengthen economic diplomacy.

On the other hand, Skender Rama, USAID Compete Program Leader spoke about the components of the project he leads and the industrial sectors that will be supported and prioritized by this program. As a result, it will facilitate different industrial sectors including the food processing sectors, the woodworking and information technology sector. Rama stressed that among other things, the program he leads includes cooperation with educational institutions and the private sector in terms of skilled workers, but also improves access to finance through the introduction of new financial products, such as export financing, with which The USAID Compete project also collaborates with the American Chamber of Commerce.

Teuta Kurshumlija from Stone Castle spoke about the concerns of the private sector, thus emphasizing the lack of manpower. Kurshumlija cited the aspect of late payments as a negative indicator in the development of private sector businesses and called for the intensification of awareness campaigns on the consumption of local products.

The Manufacturing Competitiveness Index for 2021 is the second annual survey of the American Chamber of Commerce after the first publication in 2019, measuring the perception of manufacturing enterprises in all major regions of Kosovo along with the various indicators of business operation. Based on the findings of the 2021 Index, the need for increased efforts to improve labor-related indicators such as the ability to find agile, skilled, and productive labor, as well as the link between education and the labor market, is emphasized, but also indicators related to access to finance, rule of law and quality infrastructure are necessary.