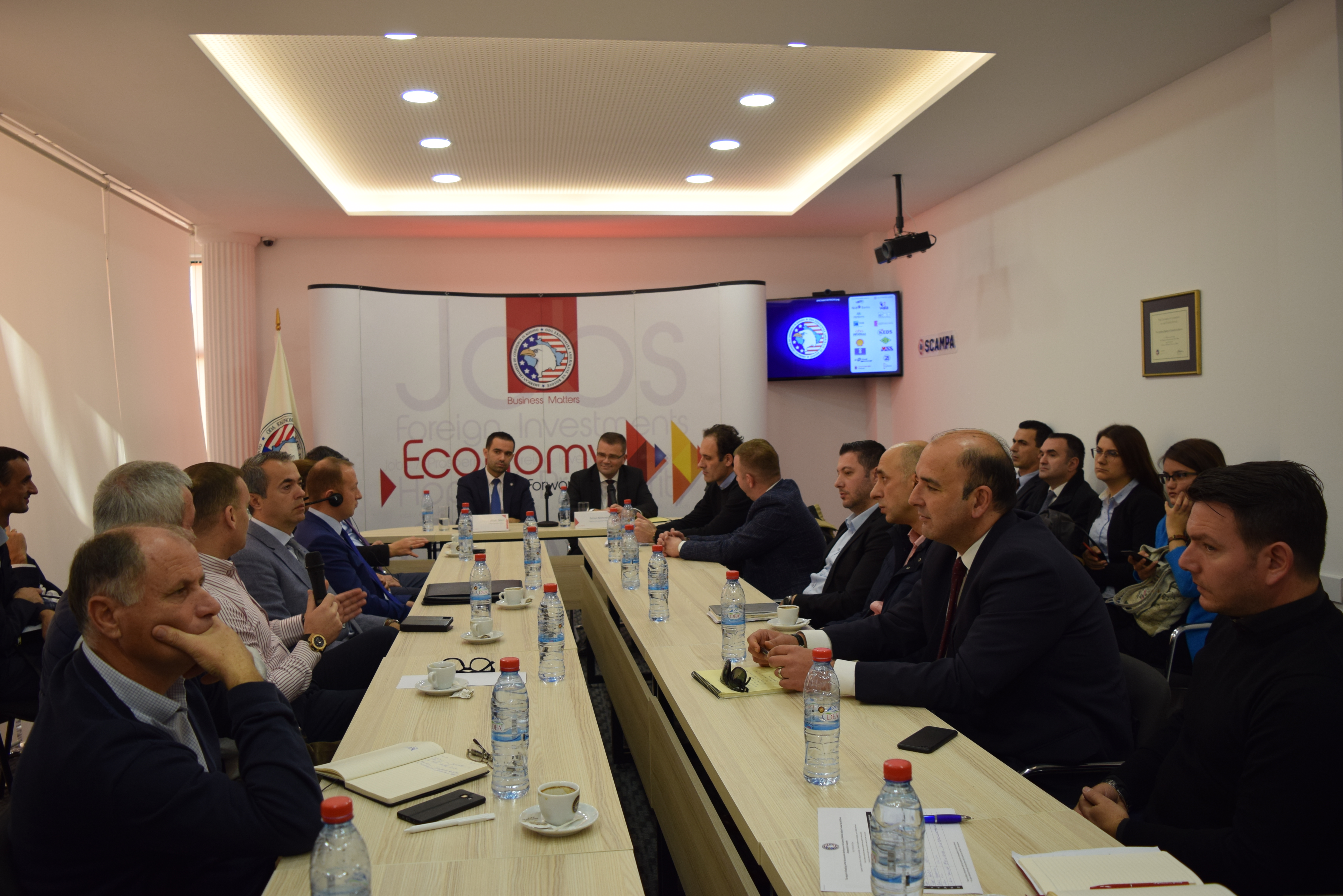 Prishtinë, December 6, 2018 – Despite of the fact that the banking sector has marked significant improvement and development during the recent years thus resulting in stable economic development in Kosovo, more needs to be done in order to empower this sector in regards to supporting the private sector and implementing new standards. This was said today during the roundtable organized by the American Chamber of Commerce in Kosovo with the Governor of the Central Bank of Kosovo, Fehmi Mehmeti.

AmCham Executive Director, Arian Zeka, said that banks not only safeguard the wealth of a country but they are also the source of financing. Zeka said that banks in Kosovo have played a crucial role in the private sector empowerment and also in accelerating economic development of the country by financing manufacturing, trade, construction, which have resulted in numerous new jobs. Lastly, Zeka said that the banking sector is essential in improving corporate governance and increasing the quality of companies’ reporting process. He also congratulated the Central Bank of Kosovo for its role in overseeing the banking sector and creating a healthy finance system, which is not only the main indicator of a developing economy like in Kosovo, but also portrays our country positively in international well-known reports.

Governor of the Central Bank of Kosovo, Fehmi Mehmeti, said that the furtherance of economic development in Kosovo during the recent years is also attributed to the rapid development of the banking sector. He said that the credit structure has significantly improved with approximately 50% of the loans issues dedicated to the companies in the trading sector, while also mentioning the decrease in interest rates in almost all sectors. Mehmeti informed the participants that the priorities of the Central Bank of Kosovo also include maintaining the financial stability in this sector and developing modern standards through which banks in Kosovo will be able to conduct their operations similarly to the ones in developed countries. Governor Mehmeti expressed CBK’s commitment in creating conditions and facilitations which provide support to the banking sector, businesses, and the overall economic development.

Further on, the participants addressed various issues regarding the banking sector that directly affect their business operations.