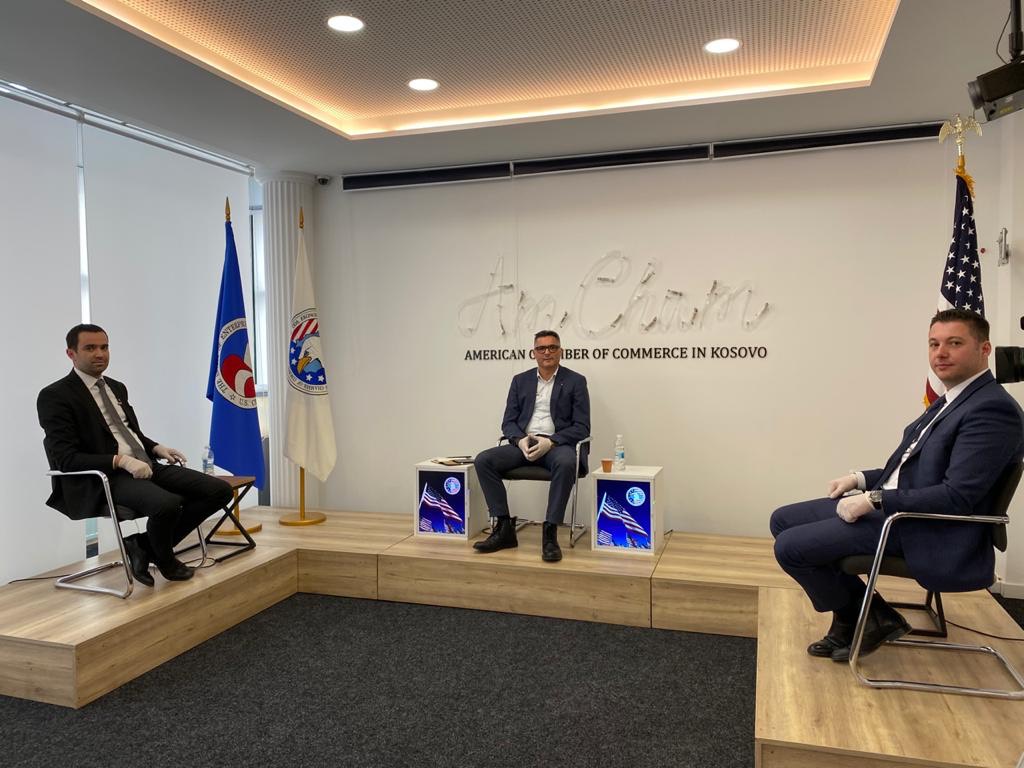 Prishtina, March 27, 2020 – Banking stability is of particular interest to the economy of any country, and despite the prevailing situation in Kosovo and beyond following the spread of the COVID-19 pandemic, banks in our country are considered to be stable, with sufficient liquidity and are well capitalized. This was concluded during a virtual roundtable organized by the American Chamber of Commerce in Kosovo where banking in times of crisis was discussed.

Arton Celina, Chief Executive Officer at BPB Bank stressed that investing in digital technologies that enable payment and electronic services has made it easier for banks to adapt to this situation. He drew parallels between how the pandemic attacks health and the economy, saying that if COVID-19 severely affects people with weak immune system, it would also affect the most fragile financial systems in an economic context. Celina emphasized that banks are operating at full capacity and functionality of digital channels, thus providing a more efficient service to citizens. According to him, Kosovo is very fortunate that in this situation it has a very low public debt and a stable financial system, because these are advantages that make it more immune to crisis. He also spoke about the problems that banks initially faced due to restriction of movement, and explained in detail the decision of commercial banks to assist businesses which face difficulties in fulfilling their credit obligations, adding among others that lending to businesses works as per usual.

Gem Maloku, Deputy Director at NLB Bank, emphasized that the current situation is unprecedented and as such its impact on the global economy isn’t measurable. He stated that banks in general have reacted very cautiously, adapting quickly to this situation through various measures that have allowed regular functioning of the banking system. Maloku added that this sector currently has sufficient liquidity, which is of particular importance to the country’s economy, but the longer the impact of the pandemic extends, the longer the recovery period will be. According to him, assessing the impact after the pandemic is a challenge in itself for all countries in the world. Maloku also stressed the importance of maintaining the necessary financial reporting discipline.

The American Chamber of Commerce in Kosovo emphasizes that the banking sector is one of the most vital elements for dealing with economic crisis, while considering very positive the fact that this sector is stable in this unusual situation.