The Civil Code is Kosovo’s key advancement in legal terms 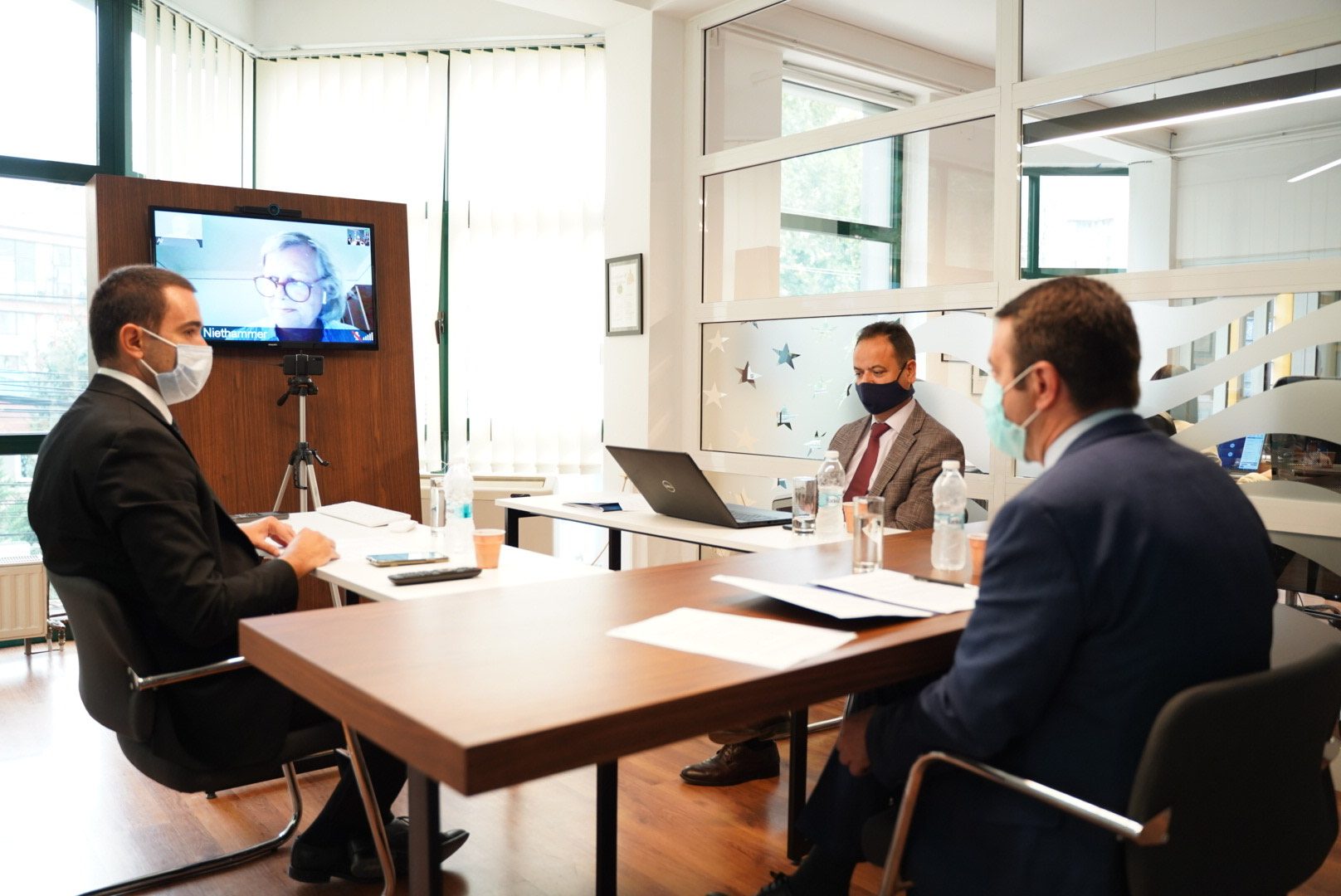 The Civil Code is Kosovo’s key advancement in legal terms

Prishtina, October 1, 2020 – The updates and modernization of Kosovo’s Civil Code, as well as the benefits natural and legal persons receive from it, were part of the topic of discussion during a virtual forum organized by the American Chamber of Commerce in Kosovo with the Minister of Justice Selim Selimi, and a panel of experts of the legal field.

The Minister of Justice of the Republic of Kosovo, Selimi Selimi, emphasized that the Civil Code is one of the most important documents of the justice system in Kosovo right after the Constitution, as it fully codifies civil law through five books that address selected aspects such as liabilities, property, family and inheritance. While speaking about the novelties  arising from this code, Minister Selimi stressed that one of the main benefits of the Civil Code is the merging of all relevant norms and laws into a single code, which among other things supports the market economy through defining ownership, contractual law and obligations, as well as the rights of natural or legal persons involved in economic matters.

Haxhi Gashi, Key Expert of the Civil Code Project, while mentioning the harmonization of legal provisions as one of the key benefits of this Code, also stressed that this document will facilitate the work of courts during decision-making. Gashi also said that this code is crucial to businesses’ activities, while emphasizing that through the intertwining and harmonization of laws such as that of obligations, property and inheritance, the Civil Code has filled a gap in Kosovo’s legislation which is now more comprehensive for enterprises. Gashi also described the creation of this Code as one of Kosovo’s key advancements compared to countries of the region in legal terms.

Dr. Kerstin Niethammer-Juergens, Head of the Civil Code Project, stressed that the primary goal of the project activity she leads is to modernize the legal system and define the issues already addressed within it. She also stated that during the creation of this code, key instruments from the systems of other countries have been taken into account, which were then adapted and created in order to best serve the already existing system in Kosovo.

Alfons Lentze, Legal Matters and Rule of Law Policy Advisor at the European Union Office in Kosovo, highlighted the imperative role the business community plays in creating and implementing the Civil Code, citing the fact that it has been a very big investment which will provide Kosovo a stronger economy. Lentze also stressed the importance of cooperation between relevant stakeholders such as chambers of commerce and the companies they represent, for the proper implementation of the Civil Code for the benefit of citizens and businesses in the country.