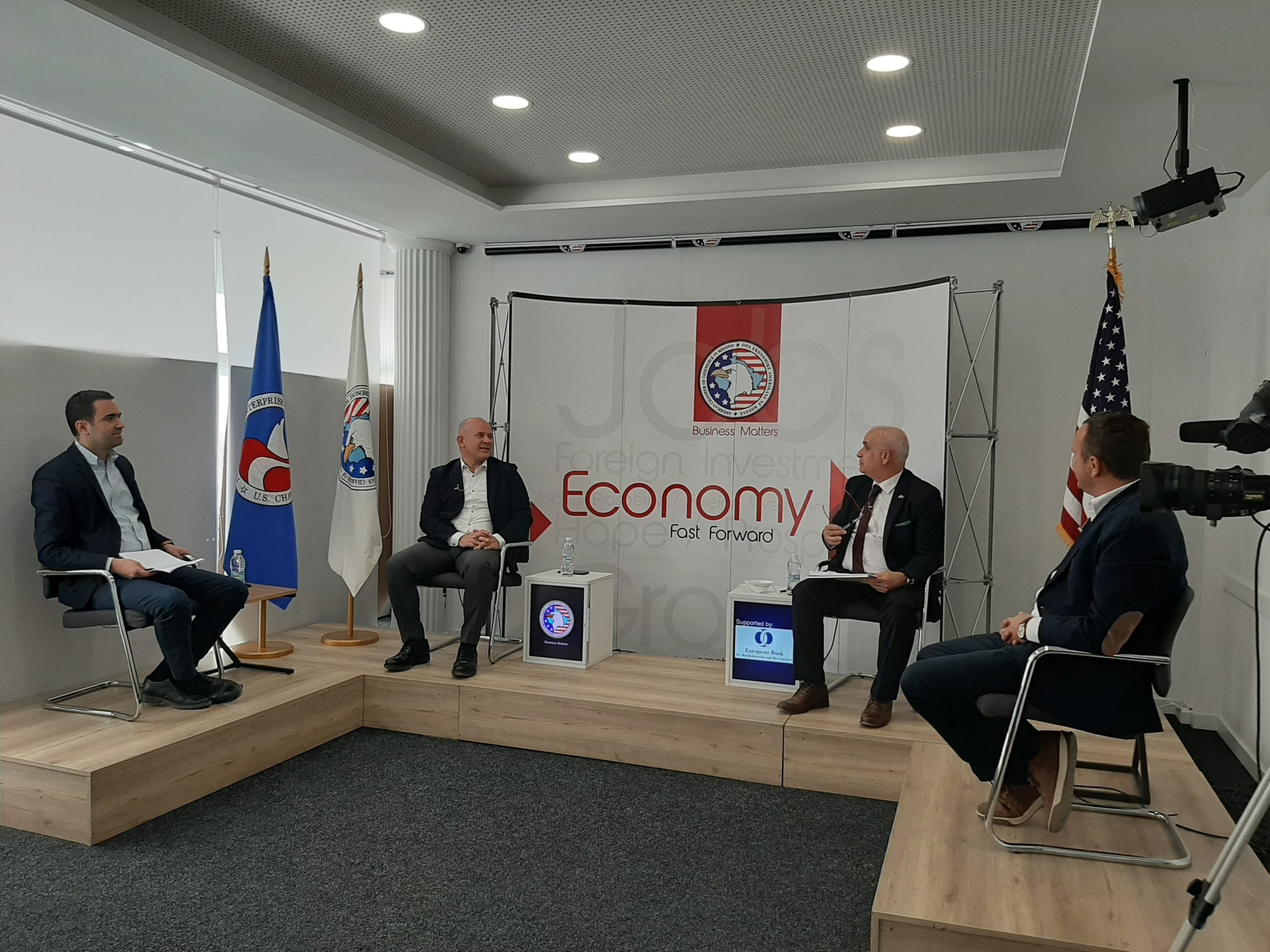 Prishtina, April 17, 2020 – COVID19 has inevitably affected the drastic decline in imports by 40%, as well as the significant decline in consumption among citizens, which affects not only businesses but also state revenues. This was concluded during a virtual forum organized by the American Chamber of Commerce in Kosovo on the state of consumption after the impact of pandemics.

Bashkim Arif, Director of Operations and Borders at Kosovo Customs, stressed that regarding the import trends, Customs statistics show that in the first weeks of April 2020 there is a declining trend of imports comparing with the first weeks of April 2019.  Whereas, there is an upward trend if we take into account the essential products, which are part of the agreement of the green corridor for free trade created recently in the region in coordination with CEFTA. Arifi stated that the import of essential products, with special emphasis on wheat and flour has been massive during this time. According to him, Kosovo’s main importing partners are Turkey and Germany, while Serbia ranks 12th. Furthermore, Arifi mentioned that Kosovo Customs has used the most optimal methods so that the supply, especially of essential goods, remains stable.

Hakif Gashi, Owner of Meridian Corporation, noted that as a result of various indicators that have emerged after the outbreak of the pandemic, statistics show a significant decline in consumption. He stressed that panic and uncertainty are continuing to shrink the daily consumption of citizens, while the closure of numerous economic activities and consequently the increase in unemployment, are orienting purchases mainly in essential products. According to Gashi, the percentages of consumption have dropped nearly 50% for food products, and 70% for luxury products. Gashi stated that cash injections into the economy are crucial at this time, and they should not only focus on survival, but on motivation for normal consumption.

Dardan Shala, Chief Executive Officer at M & Sillosi mentioned citizens’ panic buying for essential products, especially of flour in the first days of this crisis, while emphasizing that it was a quite challenging period for the flour production industry. According to him, the various problems that arose had to do initially with the dependence on imports, and consequently with the announcement of the abolition of the tax from Serbia, which conditioned this industry to keep stocks as small as possible. During the time when the demand was enormous, Shala emphasized that the revenues were high for this industry, but so were the costs of securing those quantities as the price for raw materials, packaging and transportation increased. According to Shala, as a result of citizens’ panic buying, this industry will now face new challenges to generate revenues. Moreover, Shala called on the institutions to take decisions in full coordination with the business community, so that businesses can contribute to the country’s budget and economic stability.

This virtual forum of the American Chamber of Commerce in Kosovo was supported by the European Bank for Reconstruction and Development.