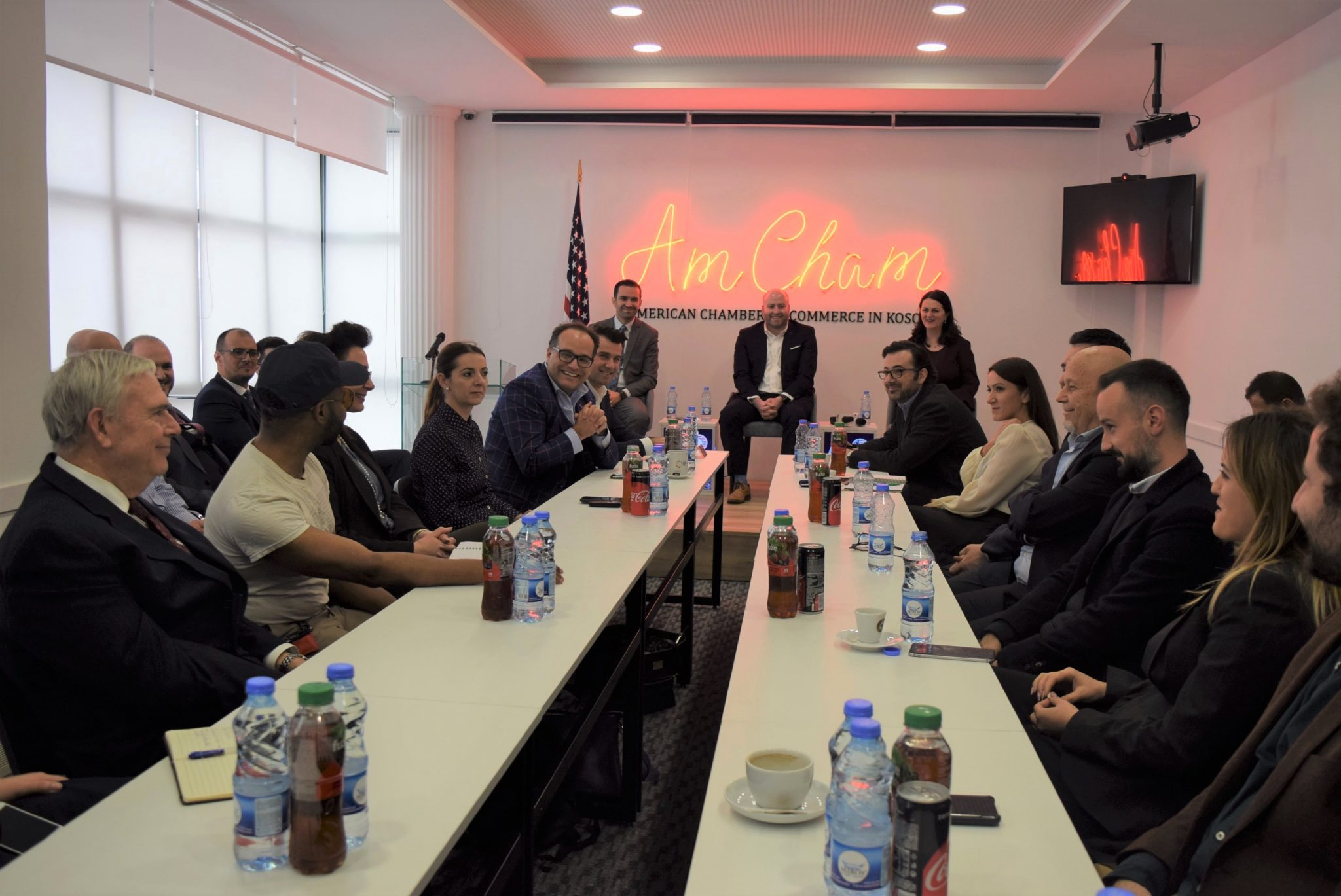 Prishtina, March 12, 2019 – The delegation of American businesses led by the Consul General of the Republic of Kosovo in New York, United States of America, Teuta Sahatqija, visited the American Chamber of Commerce in Kosovo, where member companies had the chance to discuss cooperation opportunities with American businesses and creating new relations in various sectors.

AmCham Executive Director, Arian Zeka, said that this meeting is a good opportunity to build and create new cooperation with American businesses, and a special occasion for American businesses to be informed about some of the success stories of Kosovo. Zeka thanked Ambassador Sahatqija not only for her work in representing Kosovo in New York but also in building relations between businesses and fostering economic relations between Kosovo and the United States of America which happens to be the mission of the American Chamber of Commerce also.

Consul General of Kosovo in New York, Teuta Sahatqija, said that their highest priority remains creating relations and partnerships with Kosovar and American businesses, as well as improving the image of our companies in international markets. She said that this visit aims on creating new cooperations for our businesses considering their capacities which will also reflect in Kosovo’s image as a suitable and attractive country for foreign investments.

Founder and CEO of MD Squared Property Group, Michael Mintz, said that the capacities of youth and entrepreneurs in Kosovo as well as their talent are extraordinary. He said that they are impressed with the development of businesses in Kosovo as well as the support of the private sector and the government in cultivating human capital and creating incentives in the development of businesses in the country.