The establishment of the Commercial Court; a great help for the operation of small businesses 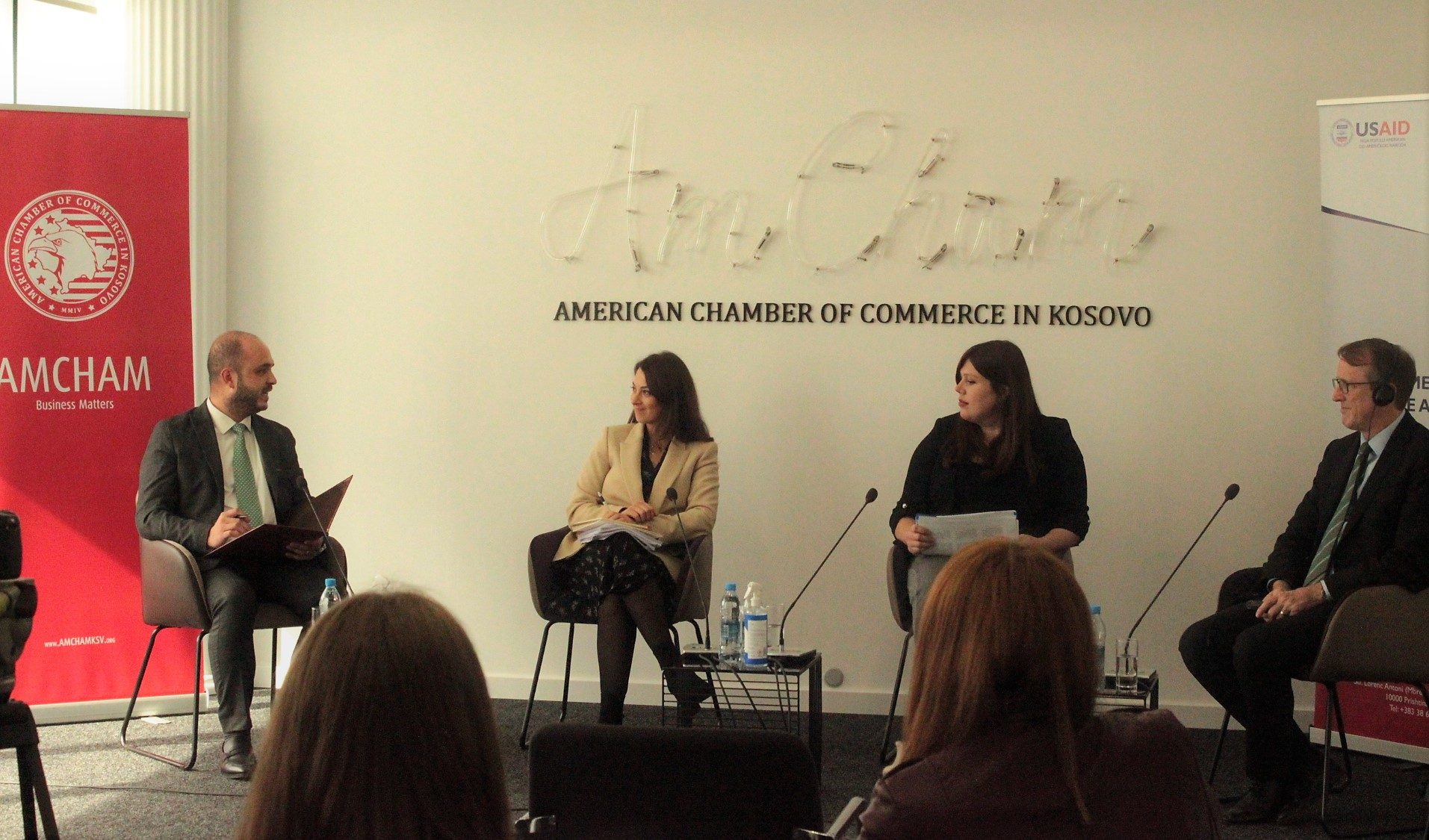 The establishment of the Commercial Court; a great help for the operation of small businesses

Prishtina, October 18, 2021 – The impact and benefits of establishing a Commercial Court for the private sector in Kosovo, as well as improving the investment climate, were some of the key points discussed during the business forum organized by the American Chamber of Commerce in Kosovo and USAID Commercial Justice Activity, with stakeholders from Kosovo Institutions, USAID and the private sector.

Doarsa Kica Xhelili, Member of Parliament and chairwoman of the working group at the Parliamentary Legislative Committee stressed the importance of establishing a Commercial Court and mentioned the facilitation of businesses after its formation. She said that as the chairwoman of this working group, she considers the adoption of the law on Commercial Court as essential for the country level and as a quick push and relief of disputes. Further, she mentioned the difficulty of the operation of small businesses, which were affected during the COVID19 pandemic. Kica Xhelili said that they are ready to move forward with the voting process for the establishment of this Court as soon as possible, always by taking into consideration the suggestions and comments of relevant institutions and organizations for the establishment and progress of this court.

Legal Adviser to the Prime Minister of Kosovo Tea Blakaj Hoxha mentioned the importance of this court. According to her, the Commercial Court will set an example for other courts for its management and functioning. In addition, she added that the new facility, with the establishment of this court, will increase the number of new judges and professional associates, “the Commercial Court increases transparency and accountability,” she said.

Chris Thompson, USAID Commercial Justice Activity Chief of Party mentioned the importance of the Commercial Court in increasing jobs and creating adequate space for foreign and domestic investment in Kosovo. Thompson said that managing court difficulties overseen by the business community, assisting judges, reviewing cases between businesses and the Government, and addressing cases in a single address are some of the facilitation that the establishment of the Commercial Court would bring.

Ardi Shita, Lawyer from Shita&Ibrahimaga, at the same time the moderator of the business forum, said that there is no better solution to improve doing business in Kosovo rather than the establishment of the Commercial Court, and this applies not only to the state of Kosovo, but also to other countries of the region.