The increase in the use of mediation for resolving commercial disputes 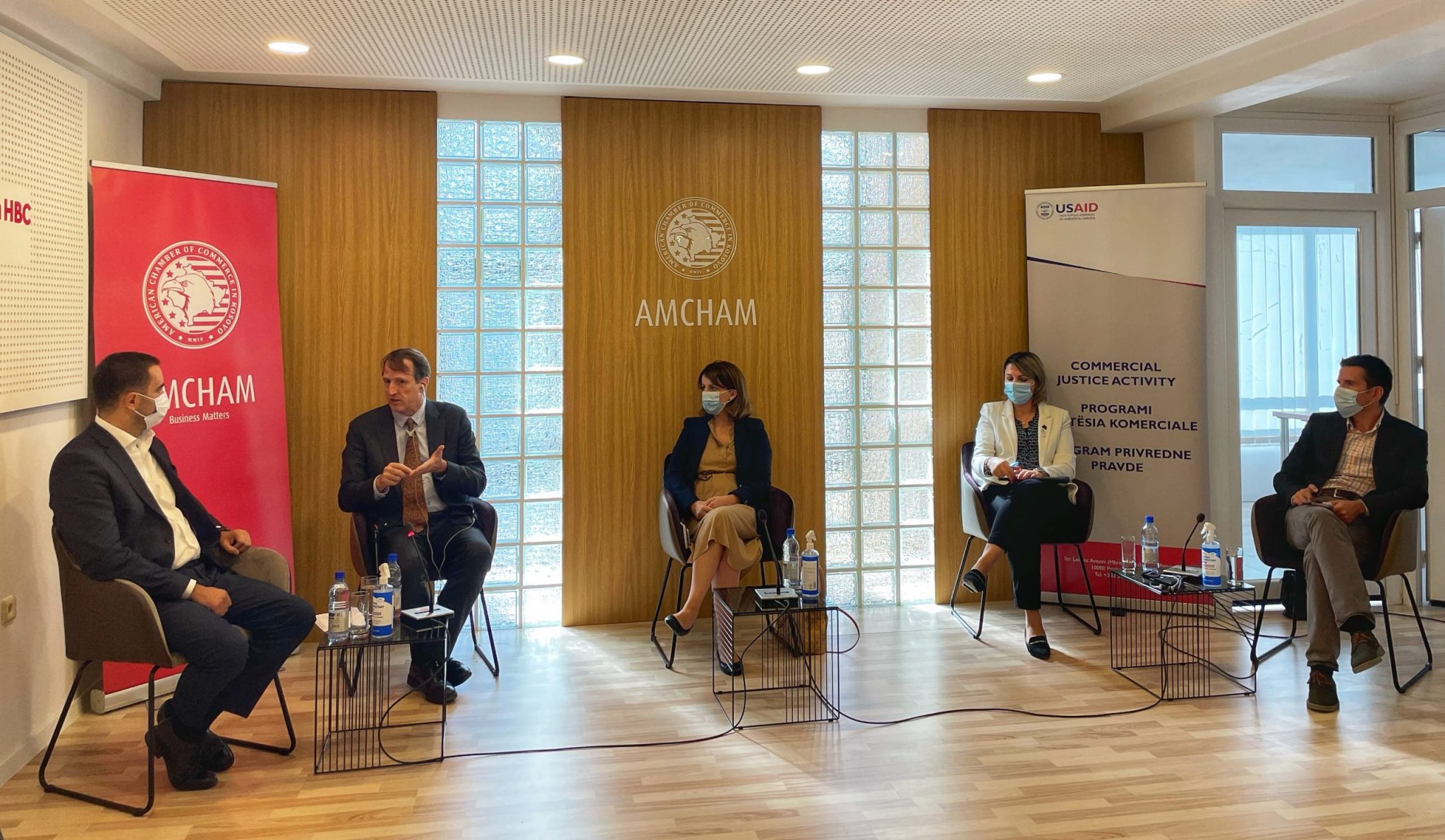 The increase in the use of mediation for resolving commercial disputes

Prishtina, September 25, 2021 – In order to facilitate the development of doing business, to increase efficiency in resolving disputes in the courts, the American Chamber of Commerce in Kosovo, jointly with the USAID Commercial Justice Activity, within the mediation week has held a roundtable discussion on Alternative Dispute Resolution Mechanism: Mediation with stakeholders from the Institutions of the Republic of Kosovo.

The Executive Director of the American Chamber of Commerce in Kosovo Arian Zeka said that in September 2021, exactly 10 years have passed since institutionalized arbitration and mediation were introduced in Kosovo, with great help, even at that time from the previous programs, funded by the United States Agency for International Development (USAID). Zeka said that a decade later, there is still work to be done in promoting arbitration and mediation, despite the continued increase in the use by businesses of dispute resolution mechanisms.

Nita Shala, Deputy Minister of Justice said that the Ministry is committed to improving access to justice for businesses and citizens. She said the willingness to empower the liberal professions and the services provided by the liberal professions, including mediation, is one of the key issues the latter is working on. Shala further said that mediation would help businesses and citizens to relieve the judiciary of this burden and would guarantee the party a much faster and more efficient process in resolving the dispute.

“The Ministry of Justice is completing the current legal framework for regulating mediation. With the help of the USAID Commercial Justice Activity, we have finalized two very important draft administrative instructions, which regulate the issue of mediator fees and the issue of cases of self-initiation and referral by administrative bodies,” said Shala.

Chief of Party, USAID Commercial Justice Activity Chris Thompson said Mediation Week is an important opportunity for Kosovo businesses to understand its importance as a dispute resolution mechanism. He said mediation takes much less of the time to resolve disputes, while the independent mediator enables an agreement to be reached by listening to both parties. Thompson noted that statistics on the use of mediation as a means of resolving disputes show a steady increase, adding that the USAID CJA is promoting mediation and raising the awareness of businesses and citizens, working with the Ministry of Justice to improve the regulatory environment, as well as with the Courts in referring and identifying suitable mediation cases. He encouraged businesses to analyze the official AmCham website to learn more about mediation and arbitration processes.

The President of Prishtina Basic Court Albina Shabani Rama said that the dynamics of economic and social developments have increased the level of disputes, while the parties usually prefer to resolve these disputes through formal court proceedings, although this is not the most efficient procedure in most of the cases. She further added that the Court has an important role in promoting the mediation procedure as it refers the parties to the mediation procedure, almost for all civil, family, economic disputes, but also criminal offenses punishable by up to three years. President Shabani Rama, at the end of the forum, said that there is a need to raise awareness regarding the importance and efficiency of mediation as an alternative procedure for alternative dispute resolution.

Through the video link, Pete Swanson from the Federal Mediation and Reconciliation Service (FMRS) in the United States of America spoke about strengthening the professional mediation capacity in the Republic of Kosovo as one of the main components of the project. He added that the project will work intensively with fifteen mediators over the coming years, training them to operate in accordance with US federal agency standards, and also aims to train these mediators to train other mediators in Kosovo. He also said that FMRS will work with the USAID Commercial Justice Activity to promote the use of mediation, as mediation works in all countries of the world and, as such, should function in Kosovo.

Ylli Zekaj, the licensed mediator, said that the short duration of the mediation procedure is one of the most favorable aspects for businesses to resolve their disputes, as is the aspect of financial costs, which are relatively low. He said that 90% of disputes that are intended to be resolved through mediation are successful, thus alluding to the high efficiency of mediation as an alternative method of resolving disputes. He said that even if the mediation does not succeed, the parties still enjoy the opportunity to bring the same dispute to court.