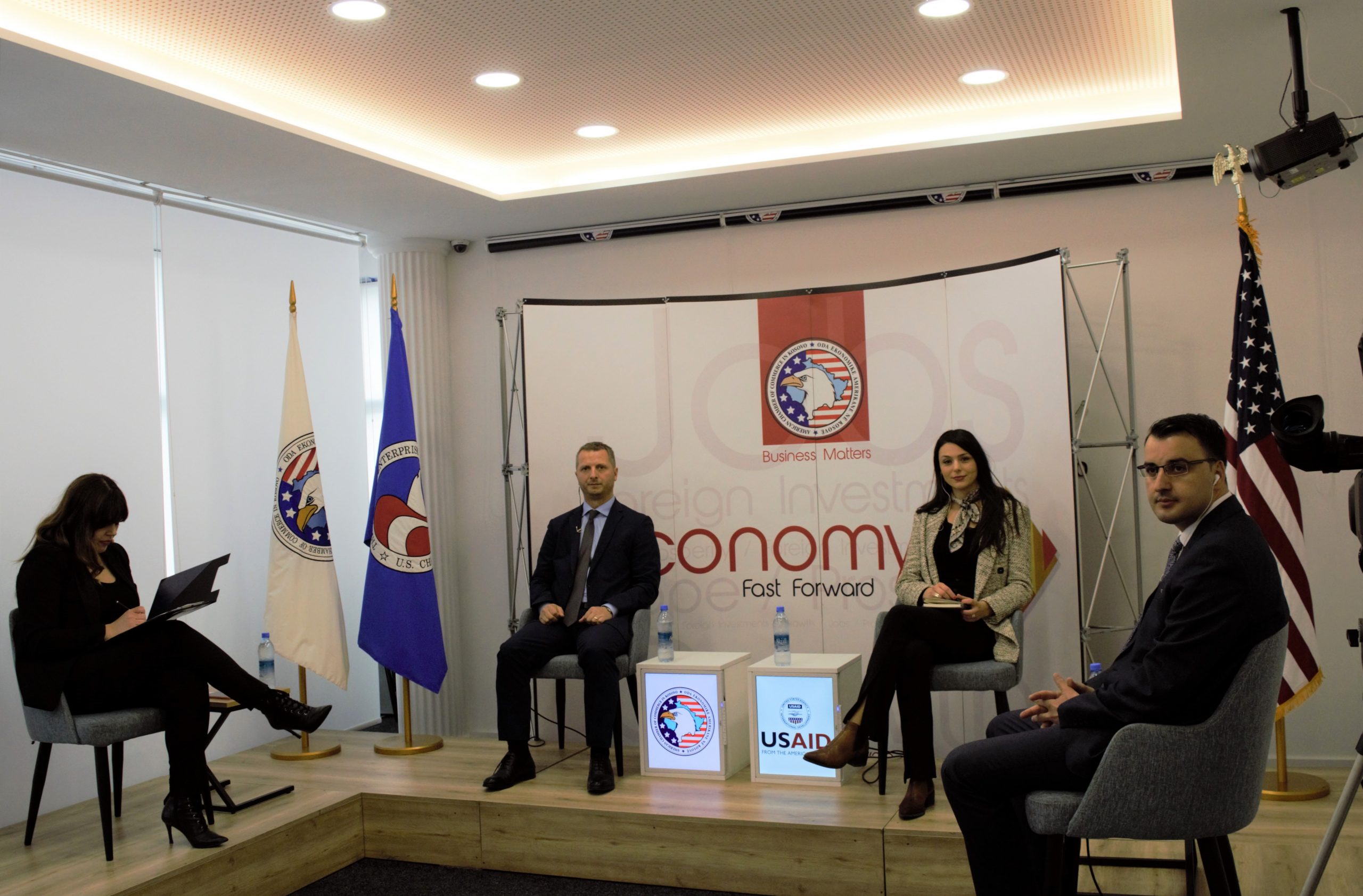 Prishtina, 28 May 2020 – The COVID-19 pandemic has imposed changes in the activities of all sectors, including banking and insurance. To deal with the complaints toward banks or insurance companies more quickly and effectively under the current circumstances, arbitration as an alternative method to resolve disputes in these sectors was discussed at the latest virtual forum organized by the American Chamber of Commerce in Kosovo, in cooperation with USAID Commercial Justice Activity.

Sokol Elmazaj, Arbitrator and Chairman of the Steering Council at AmCham Arbitration Center, stated that cases like those between insurance companies and clients related to disputes or compensation and the like, are easy to arbitrate and depend on the involvement of insurance policy within the contract. He added that in terms of the future of dispute resolution in the insurance sector, arbitration will be a great help to the already overwhelmed courts, as a result of the advantages it provides as a dispute resolution procedure. Elmazaj also stated that a cooperation between the Central Bank and the chambers of commerce in Kosovo is of utmost importance in creating a list of arbitrators who could arbitrate even the most specific issues in the insurance sector. He further stressed that Kosovos’ legislation does not prevent the arbitration of disputes that may arise between the lender or the borrower, respectively banks.

Venera Agani, Head of the Division of Complaints of Financial Service Users at the Central Bank of Kosovo, added that the regulation on the use of arbitration by the insurance sector has been in force for a long time within this institution, yet the number of requests for this process has been low. According to her, the use of alternative options is a good option, especially considering the fact that in courts cases can be over-extended. Agani noted that the Central Bank’s clients are informed in an advisory manner on arbitration and mediation in addition to the regulation for the insurance sector, while noting that legally, the banks are not covered in this aspect, however an initiative to include them would be welcome.

Sami Mazreku, Chief Executive Officer of the Insurance Association, while mentioning that within this association alternative dispute resolution existed before 2006, including a list of expert arbitrators approved by the Central Bank, stated that the organization he leads, in cooperation with CBK – and the USAID Commercial Justice Activity are working on promoting and applying arbitration and mediation as a more efficient and fast process in making impartial decisions on addressed disputes. He also stressed that all insurance companies in Kosovo have been notified to maintain a clause which specifies that the parties may choose mediation or arbitration before going to court to resolve disputes.

Petrit Balija, Chief Executive Officer of the Association of Banks, stated that since the issue of disputes has existed for a long time, a significant number of unresolved cases in the banking sector, including large monetary values, are found blocked in the judicial system. According to him, with alternative possibilities, those funds would be placed in the function of the country’s economy, nevertheless, so far this process has not been used enough. Balija stressed that the banking sector has included arbitration clauses in its loan agreements, however the latter in accordance with the law is done only with the will of both parties, so business awareness should be raised through chambers of commerce. He added that with the absence of a Commercial Court, the judicial system is handicapped, and given that there are opportunities for increased cases after pandemics, arbitration is a process that must be considered.