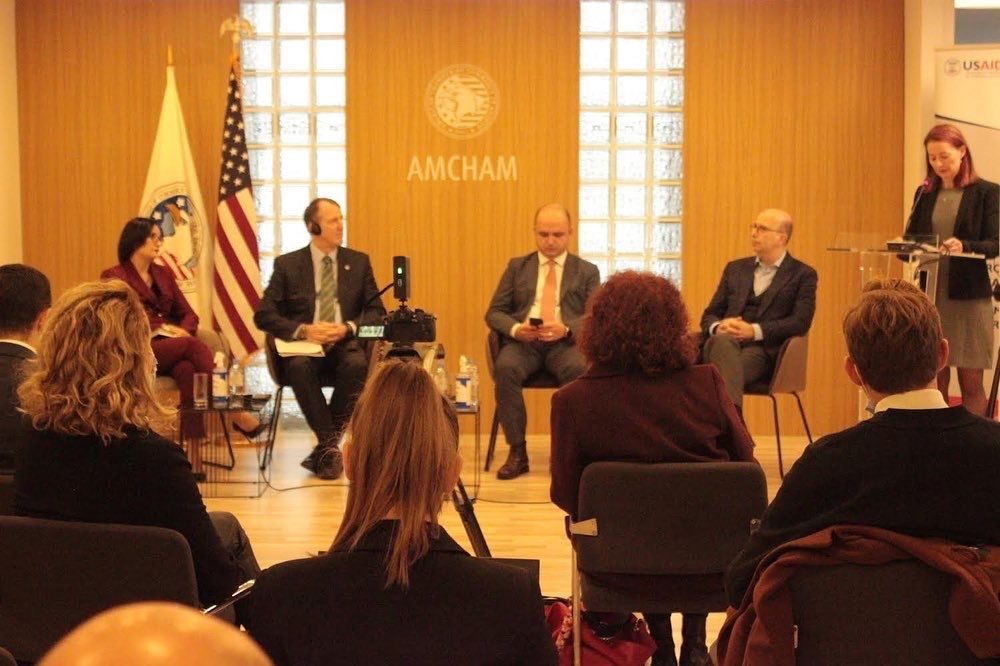 In his introductory speech, the Executive Director of the American Chamber of Commerce in Kosovo, Arian Zeka emphasized the significance of this moment, mentioning the arbitration center as an alternative form for resolving disputes efficiently.

While, Christine Danton, Director of the Office for Democracy and Governance of USAID said that Kosovo has made continuous progress, despite the fact that it is still a new democracy.

Ardi Shita, Lawyer, First Secretary General of the American Chamber of Arbitration Center mentioned the difficulties of the beginning of commercial justice which until then has been unknown to the Albanian community “Arbitration rules are one of the best in Europe, where dispute resolution procedures do not take long because they are fast and efficient,” he added.