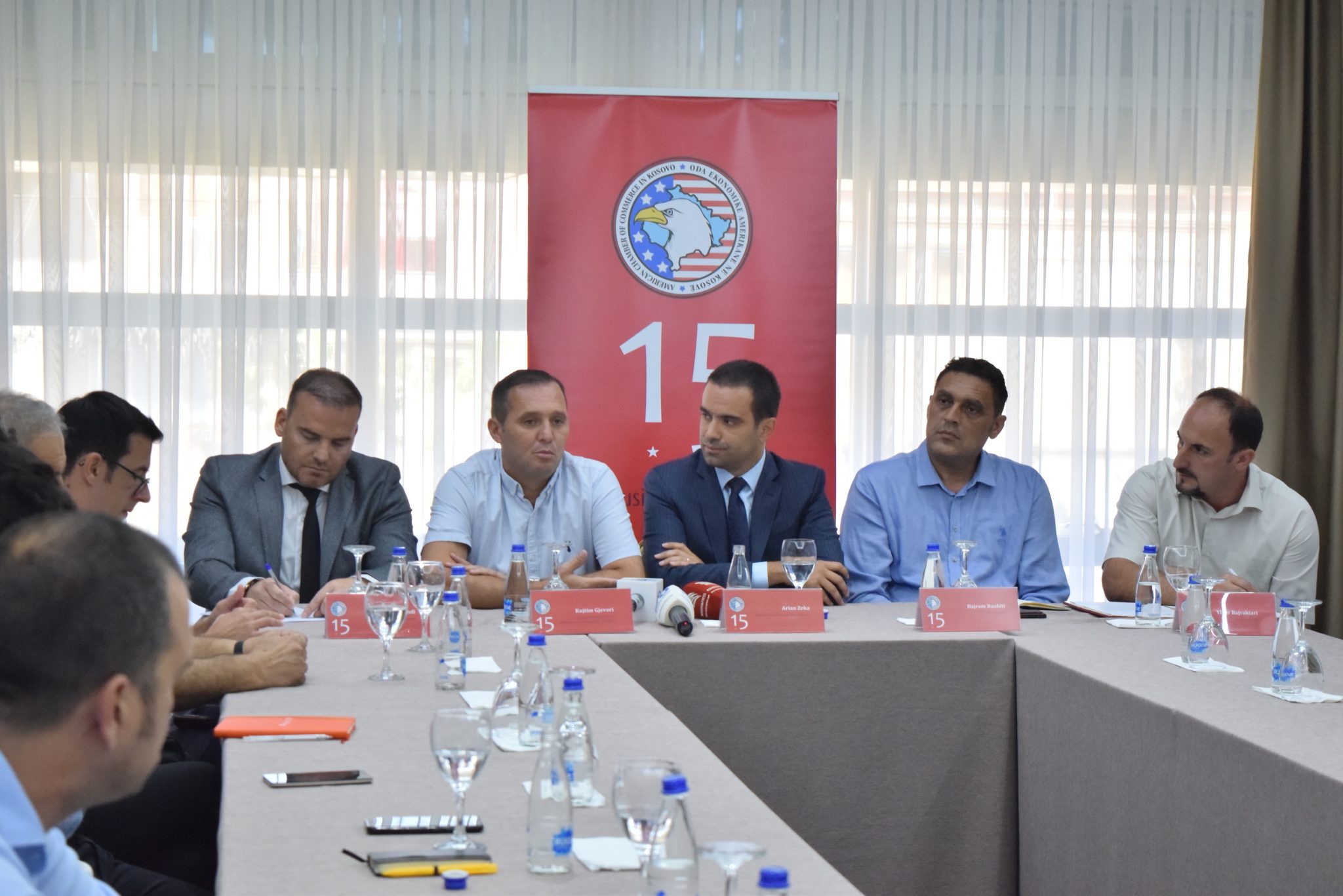 Prishtina, August 20, 2019 – The support for manufacturing companies through facilitations should be a priority for the new Government in order to increase manufacturing capacities in the country and exports of Kosovar goods. This was said during the roundtable organized by the American Chamber of Commerce in Kosovo in which manufacturers provided their recommendations to the new Government.

AmCham Executive Director, Arian Zeka, said that the aim of this roundtable is to get the recommendations of the manufacturing sector for the new Government regarding the further development of the sector in the country. Furthermore, Zeka added that among the challenges that Kosovar manufacturers face is the skills gap, mentioning among others the law on internal trade, which is expected to be among the priorities of the new Government.

Chairperson of AmCham Manufacturing Committee and representative from SCAMPA, Kujtim Gjevori, said that despite the development in the manufacturing industry, the new Government should continue with facilitations for this sector. He said the sector faces various problems that need to be addressed in order to promote the development of manufacturers in terms of access to finance, and also by addressing issues in electricity, and skills gap in the workforce, adding that a greater coordination between the private and public sectors in training the workforce is necessary.

Bajram Rushiti from Buka Bakery said that in order to further develop the manufacturing businesses in the country they must be identified with a unique number regarding what the companies produce. Rushiti said that access to finance for manufacturers should be improved given the huge losses these companies register in their operations.

Gojart Kelmendi from EuroKosova said that given the fact that Kosovo has a high trade deficit with regional countries, a short-term and long-term strategy is necessary for the development of the sector. While addressing skills gap in the workforce, he said that the growth of the manufacturing sector could result in a lower level of migration of young people to foreign countries.

Whereas, Ylber Bajraktari from StoneCastle said that lack of support from the Government in their operations has caused businesses not to be competitive enough with the countries in the region, adding that various customs duties result in high costs in manufacturing their products.