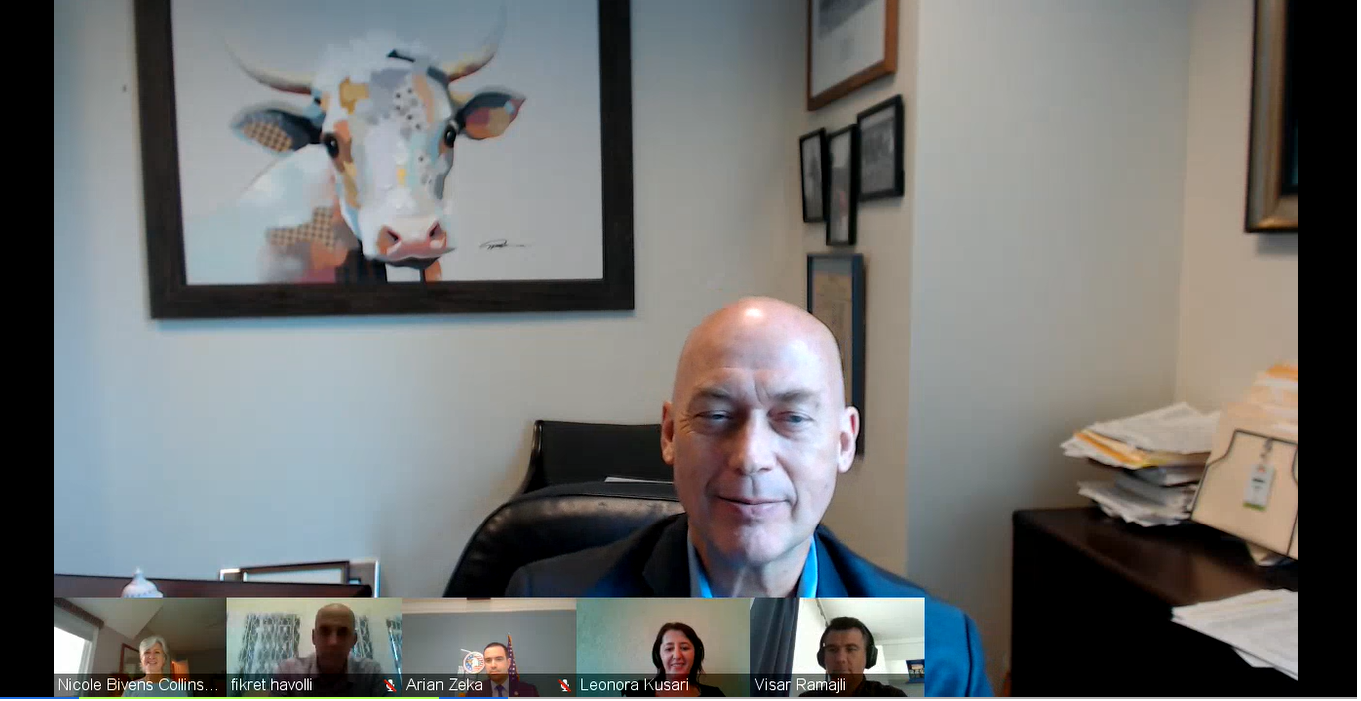 Prishtina, 14 May 2020 – The impact of the COVID-19 pandemic on global trade is resulting in unprecedented supply chain disruptions, while production and consumption are declining day by day. Members of the American Chamber of Commerce in Kosovo had the opportunity to discuss this topic through a virtual conference with former U.S. Congressman Jerry Weller, who is now Senior Advisor at Sandler, Travis & Rosenberg, PA and Nicole Bivens Collinson, Director of International Trade and Government Relations at Sandler, Travis & Rosenberg, PA, and Managing Director at the Washington office.

Former congressman Weller during the conference stated that despite the downturns in the economy, the advantages and opportunities created in the import and export sectors should be taken into account. He stressed that Kosovo must consider the U.S. program on the Generalized System of Preferences (GSP) as part of the instruments needed to revitalize the economy after COVID-19. Moreover, he stated that in such circumstances political stability is more than necessary worldwide as the latter’s non-existence negatively affects economic recovery strategies. The former congressman also stressed the importance of using all cooperation mechanisms for countries affected by the pandemic to reduce both economic and health damages.

International trade expert Nicole Bivens Collinson noted that the pandemic has severely affected the worlds’ economy and trade, creating disruptions in supply chains and financial markets, adding that if the situation improves there is a possibility of financial recovery within two years. According to her, although China was taking a leading role among international investors in some underdeveloped countries, thus having a large proportion of world goods the pandemic has put it in a very difficult position where it has resulted in growing negative contraction. Collinson also said that even the most developed economies are predicting that 2020 will be a year of significant economic decline, while mentioning the various restrictive measures which have an extremely negative impact on global trade. According to her, such restrictions have caused and may cause new problems as not all economies produce respirators, drugs or other protective products to cope with the health crisis, just as they do not produce food products consumed on a daily basis.

Frymëzim Isufaj, Kosovo’s Deputy Ambassador to the United States, also spoke about the opportunities available to Kosovo companies stemming from the Generalized System of Preferences, noting that the Kosovo Embassy in America would be happy to offer its assistance to all companies interested in exporting to the U.S.

While members of AmCham greatly affected by the impact of the pandemic in their activities, actively participated in this conference, discussing the uncertainties of the duration of the crisis and the added impact it continues to have on economic activity in general, but also in trade in particular.