The pandemic creates opportunities for the establishment of start-up businesses 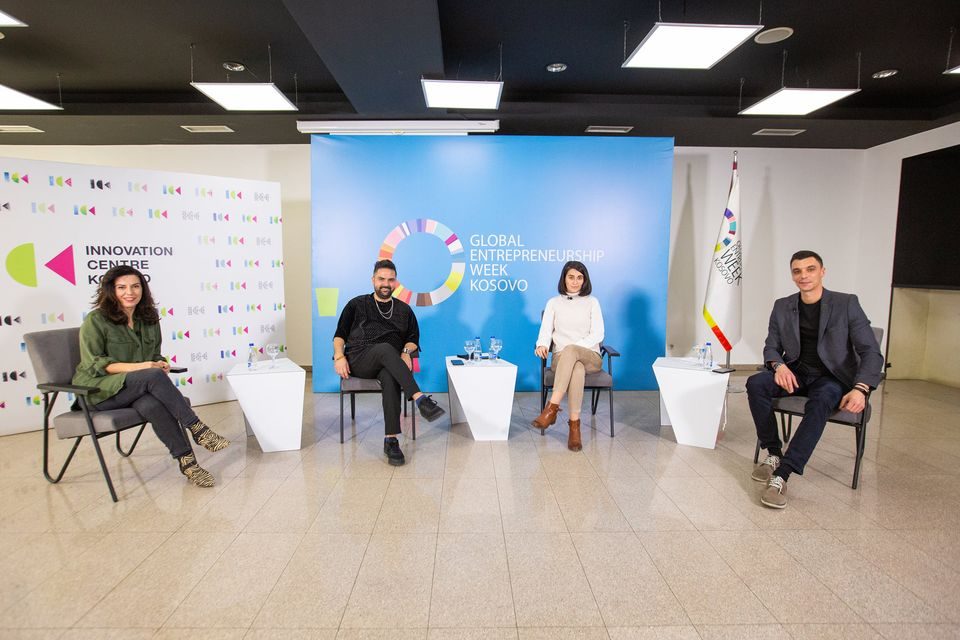 The pandemic creates opportunities for the establishment of start-up businesses

Prishtina, November 17, 2020 – Starting up a business is quite challenging even in normal circumstances, however, despite the challenges it has caused, COVID-19 has also created new opportunities and inspired ideas for new businesses. This was said, among other things, during a virtual forum organized in continuation of the Global Entrepreneurship Week activities, by the Innovation Centre Kosovo (ICK) and the American Chamber of Commerce in Kosovo, during which, the creation of new businesses amid a pandemic was discussed.

Mimika Dobroshi, Founder of Click Flick, a digital platform that offers entertaining animations for young children, stated that as an entrepreneur she considered the COVID-19 pandemic period as the right time to implement this business as according to her, in a stable economy, there’s a major decrease in investments in innovation whereas during a recession, the economic crisis increases the corporative need for such investments thus creating opportunities for new businesses. While speaking of the genesis and the idea behind the creation of Click Flick, she stated that this digital platform was encouraged by the need to keep young children both active and entertained during quarantine but also for offering them access to better, more educational programs in Albanian.

Ardin Badivuku, Co-Founder of the Get Fast Cast platform which offers the profiles of models, actors as well as movie extras for various video productions, while through sharing his journey towards the implementation of this platform he emphasized that the quarantine, as a protective measure against the spread of the pandemic has served as an opportunity for the proper ideation and research regarding market needs for the services offered by this business. Badivuku also said that such platforms also exist in foreign markets and make the work of film directors much easier, as well as serve the entertainment and marketing industries. Further, he also mentioned that among others, one of the main goals of this business is penetrating international markets through digital marketing and promotion through social media platforms.

Entrepreneur Blerina Hasani – Gashi while elaborating on her business The Finks which is now part of the Business Incubator within the Innovation Centre Kosovo, stated that the period of quarantine has marked the beginning of the implementation of this business. She emphasized that the idea behind The Finks, which in essence has digitalized the processes of printing documents as well as photographs was driven by the digitalization of work processes as well their transfer to be done remotely. Furthermore, she added that during her preparation for penetrating the entrepreneurship world, she has benefited greatly from being part of Business Incubator within the Innovation Centre, where she especially mentioned the training sessions, exchanging experiences as well as the development of the skills necessary for the development and their establishment in the market.

The Global Entrepreneurship Week in Kosovo is organized under the patronage of ICK.