The private sector demands the postponement of energy market liberalization 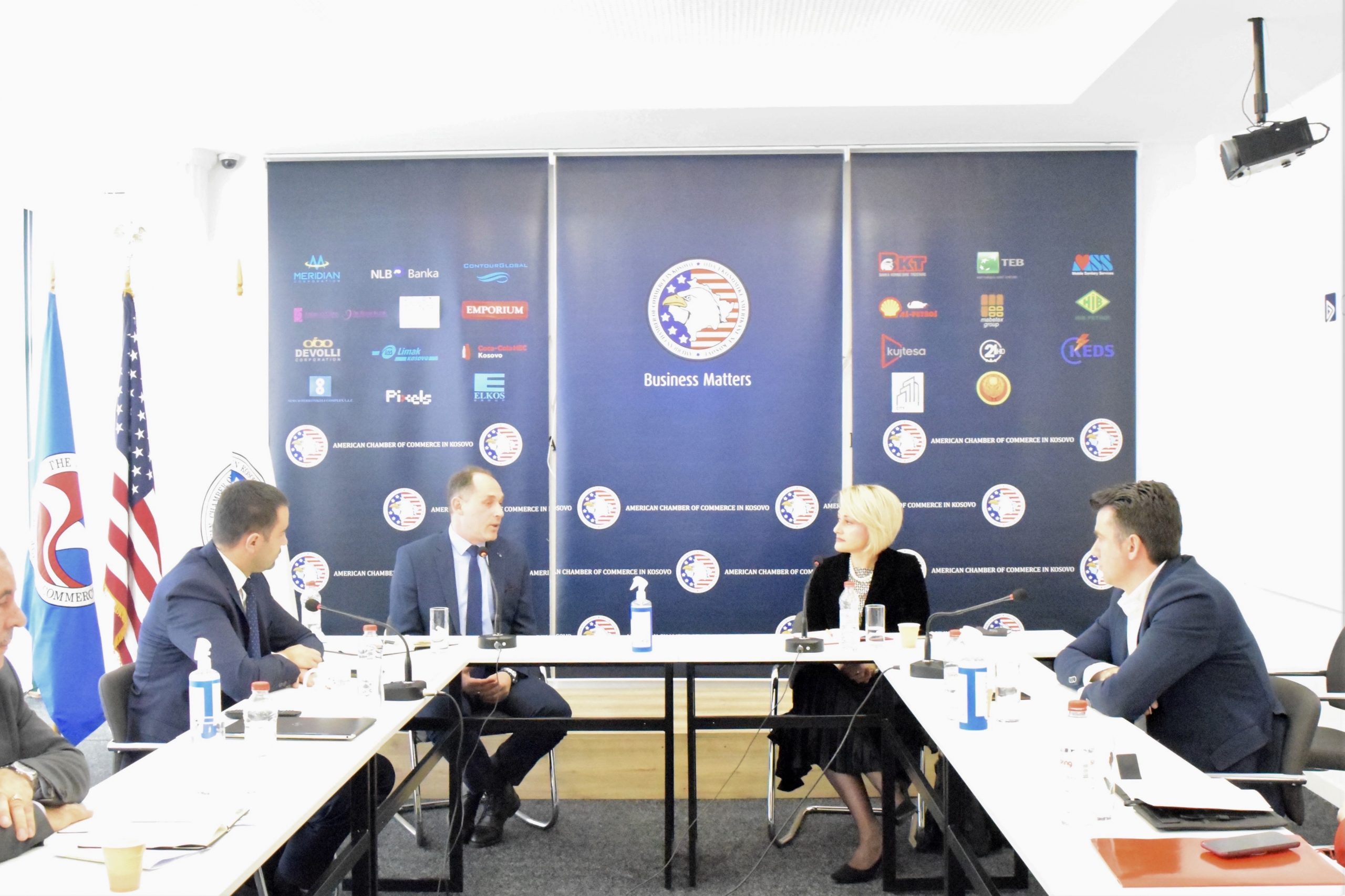 The private sector demands the postponement of energy market liberalization

Prishtina, March 17, 2021 – The challenges of the private sector in Kosovo related to energy remain numerous. The process of liberalization of the energy market is an important issue for the business community, which has consistently advocated for the postponement of this process, given that the current circumstances are not favorable for such an action. Cognizant of the importance of this issue, the American Chamber of Commerce in Kosovo organized a forum of discussion on energy market liberalization, with panelists representatives from the Energy Regulatory Office, the Assembly of Kosovo, the Secretariat of the Energy Community Treaty, as well as the private sector.

AmCham Executive Director, Arian Zeka, stressed that this issue is no longer a new topic for the business community, as this is the third year of efforts to push the process of what is known as energy market liberalization. He said that despite the fact that in Kosovo several operators for electricity supply are licensed, it should be noted that only one of them has the capacity to function in practice as a supplier of last resort. According to Zeka, in such circumstances of limited supply, the bargaining power of commercial consumers is more limited, causing them to pay higher electricity tariffs than the average regulated tariff.

The Member of the Assembly of the Republic of Kosovo, Mimoza Kusari-Lila, said that the problem with the liberalization of the energy market is one of the challenges that are being caused to the business community as a result of political uncertainty, but also due to the lack of clear strategies on developments that need to be decided in the energy sector. She said that the issue of the lack of an ERO board creates even more difficulties in this regard, while also noting the possibilities of the Assembly of Kosovo to act in this case.

“What the Assembly of the Republic of Kosovo can do in the functional and legal aspect, hoping that the institution will be functional by the end of March, is to bring a decision with the interpretation of the legal office, through which it requests the Regulator that this implementation decision be postponed to the fullest extent, or until there is an Energy Regulatory Board, “said Kusari-Lila.

The Director of the Energy Regulatory Office in Kosovo, Petrit Pepaj, said that the energy transition process is very complex. He spoke about the postponement of the market liberalization process, stressing that at the request of the chambers of commerce and the relevant parliamentary committee, this process has been postponed for three years. Pepaj said that last year, the Secretariat of the Energy Community has raised a notice to the Regulator for inaction regarding market liberalization, which has worried this institution. He said that ERO must respect the law, and that concerns can be overcome in the short term if suppliers find customers.

“Now, with the recognition of KOSTT as a regulatory area of ​​Kosovo, and the creation of the Albanian stock exchange, which is expected to be done very soon, even better opportunities are created for suppliers to be able to apply in Albanian markets, and offer better and more favorable prices for consumers, ”said Pepaj.

Visar Ramajli, Co-Owner and Managing Partner in KIVO, said that the business community is seeking this postponement because this market deregulation implies a price increase, which is then followed by an increase in production costs, which for businesses translate to new difficulties. Ramajli said that it is the right of every business to be concerned and ask to find ways to escalate  the price increase, or to find ways that prohibit the price to increase at the rate of 40% and above. He agreed that the free market should happen, but not at the expense of businesses which are already fragile, while emphasizing that it is extremely important to find a longer-term solution, which takes into account the implications in terms of economic development.

Arben Kllokoqi, expert in the Secretariat of the Energy Community Treaty, said that the price increase should be subject to review by the Regulator in terms of competition. He stressed that it is very important to know the factors that cause such high growth, and to monitor the offers, since if there is only one supplier with market power, it may abuse in the market.