The recovery program should focus on supporting women entrepreneurs 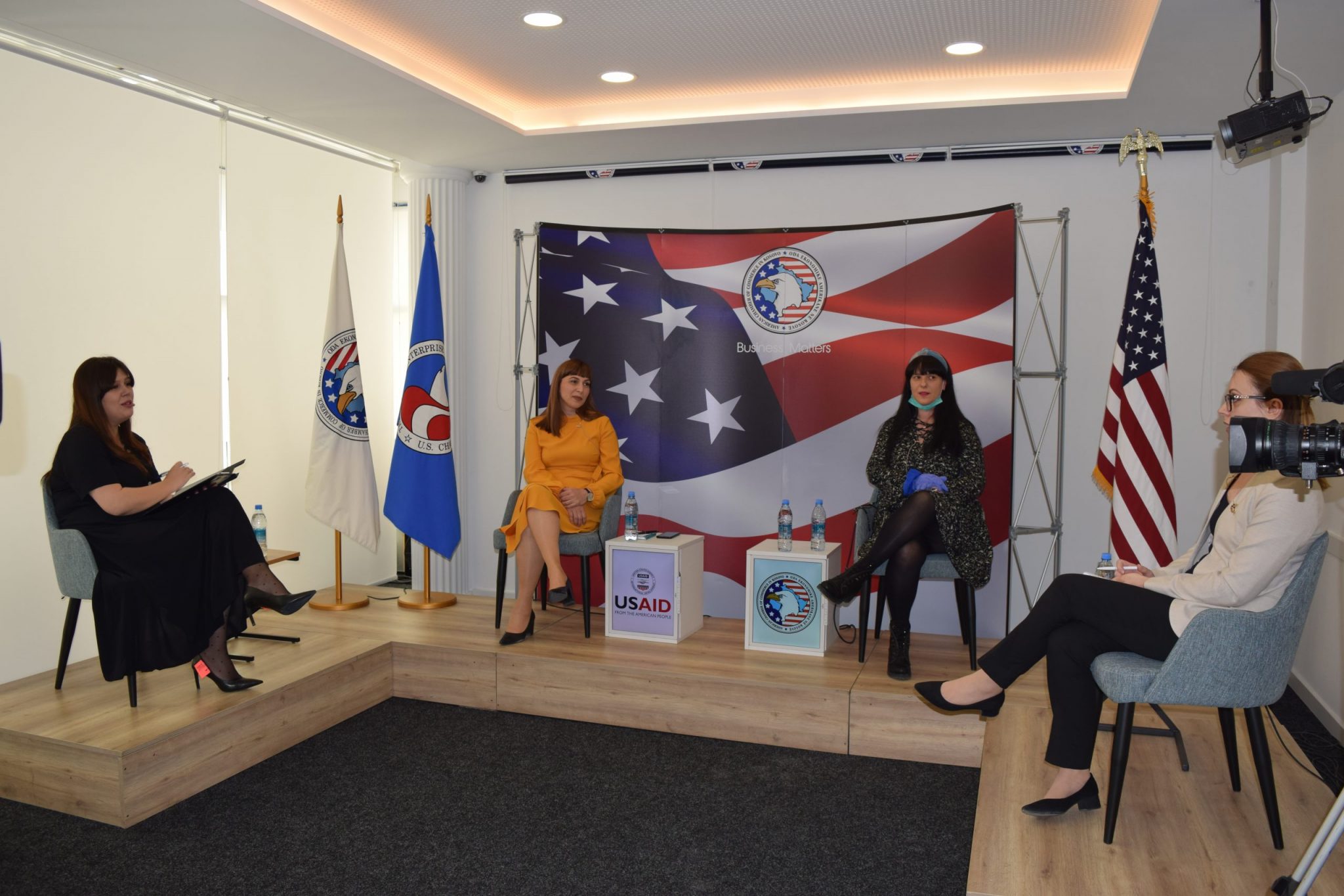 The recovery program should focus on supporting women entrepreneurs

Despite the difficulties faced by women-run businesses in Kosovo, they have certainly not been immune to the consequences of pandemics, while they hope for special involvement by the Government in the economic recovery strategy.

These were said, among other things, in the virtual forum organized by the American Chamber of Commerce in Kosovo, where they discussed how to deal with the impact of the pandemic by women in business.

Melita Ymeraga, managing partner at Melita & Partners, stated that her company has been helping businesses from all sectors towards optimization and automation of work processes, which has been very necessary in current circumstances. She added that since the emerge of this pandemic, the business that she runs has been dealing with a lot of problems both personal and client-related. She emphasized that for some enterprises fate in misfortune was the pre-digitalization of their work. Ymeraga added that this pandemic paved a new way of proving that digital processes are more than necessary for every business, while offering the opportunity for the digitalization strategy to be put into practice and to speed up the work processes. She considers that with all the lack of motivation and productivity at work as a result of the latest circumstances, her business is doing relatively well, but still hopes for government support.

Bleta Zeqiri, chief executive of Chocolate Corner, mentioned that the business she runs has several sectors intertwined within hers and because her product is not essential, she noted that the business has been closed during the past period. According to her, this has been the biggest challenge she has faced so far. Zeqiri mentioned that she is in the process of drafting a contract for selling her products online, while she described that this was an opportunity that appeared as a result of the circumstances created by the COVID-19 pandemic.

She added that she used this period to focus on bringing new products, emphasizing the importance of cooperation with other local manufacturing companies.
Zeqiri also expressed the importance of supporting new businesses created or run by women during this period, while regarding the support of businesses by the government, with special priority in helping women in business.

Kujtesa Nezaj-Shehu, director of the Office and Lawyer at SDP Kosova, highlighted that doing business in Kosovo is quite challenging for women even in a normal situation, while the situation of the pandemic has further influenced the increase of such difficulties.
However, she noted that she has managed to mobilize her work immediately, as fortunately her office had invested in advance in the digitalization of activities which have easily enabled the work in these circumstances.
Nezaj-Shehu added that despite this, one of the main challenges has been proper coordination given the other responsibilities she has a woman outside of work, as working from distance has made it impossible to have a regular schedule.
She stated that this period has shown that the practice of working from distance is welcome for some positions which are not essential, as the same would affect the optimization of operating costs.