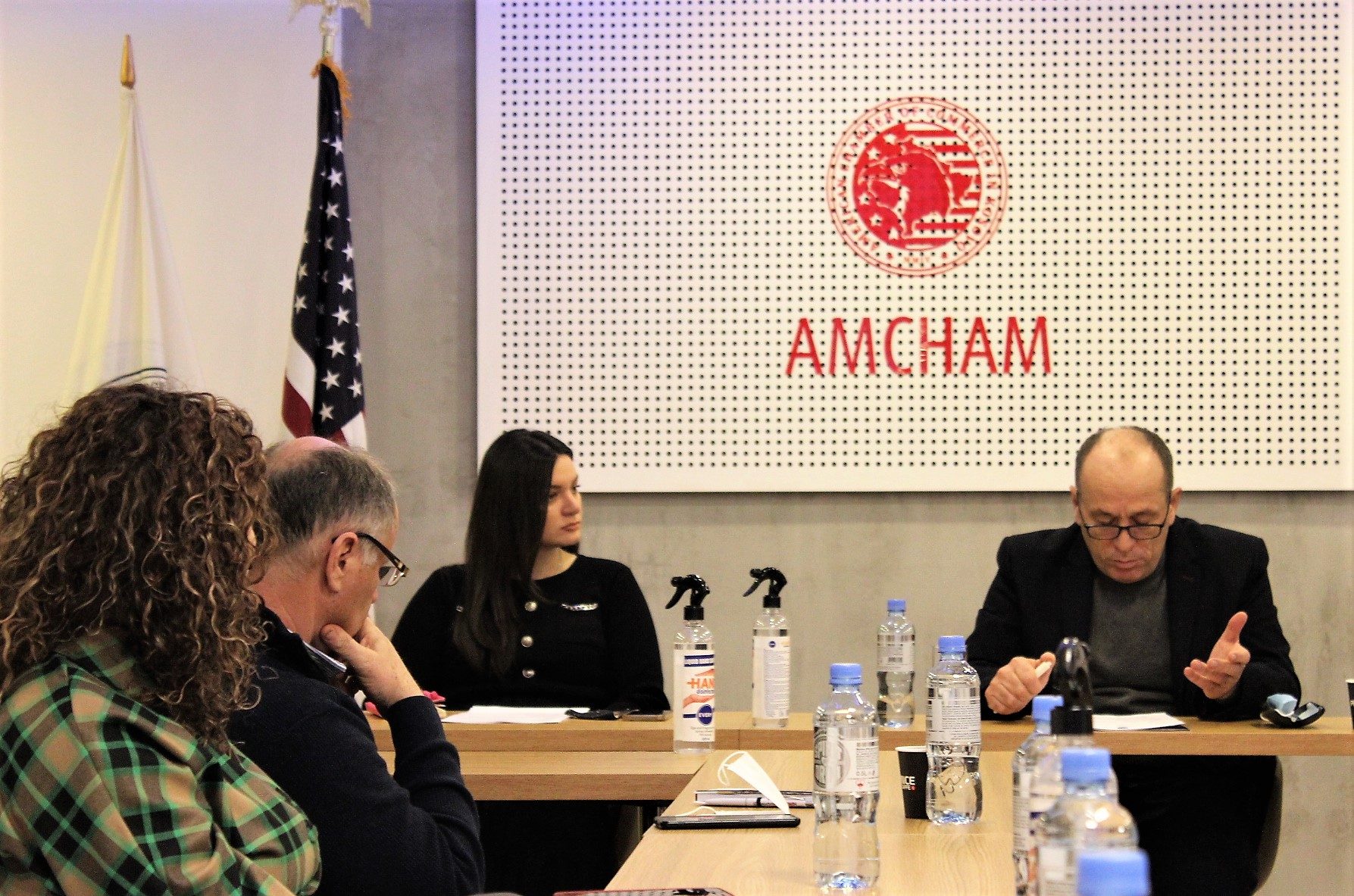 Prishtina, February 7, 2022 – The Assembly of the Republic of Kosovo, through its members of parliament and parliamentary committees can improve the quality of the content of the legislation of the Republic of Kosovo, by undertaking new legal initiatives or draft laws processed by the executive, while the comments of business organizations or the private sector are directly welcome in this regard.

This was said during a discussion between the members of the Parliamentary Committee on Economy, Industry, Entrepreneurship and Trade and members of the American Chamber of Commerce in Kosovo, where the concerns of the private sector representatives, regarding the environment of doing business, were discussed, as well as their recommendations to overcome them.

The Chairman of the Parliamentary Committee on Economy Ferat Shala presented a summary of the work of the Committee, as well as the next legislative plan, and pledged to further improve the ease of doing business, which will strengthen the private sector and make Kosovo more attractive in the eyes of domestic and foreign investors. Shala stressed that members of the Parliament, as well as the Parliamentary Committee, have been open and cooperative with the American Chamber of Commerce and that this will continue in the future.

Jeta Statovci, Member of the Parliament and vice-chair said that this Committee is working with great dedication to create an environment as friendly as possible for local businesses and attract international investors, who would directly contribute to enhancing the socio-economic development of the country. Statovci also discussed the development and strengthening of the private sector in Kosovo, thus revealing the legislative work done so far and the steps in the future, in order to facilitate the activity of doing business in Kosovo.

Mimoza Kusari-Lila, Member of the Parliament and member of this Committee spoke on the draft law on cryptology, thus calling upon suggestions and offering collaboration in the composing of this draft law. Kusari Lila especially stressed the state of energy and the government subsidies, as a result of rising energy prices in the country.

Driton Hyseni, Member of the Parliament and member of this Committee said that the issue of market liberalization holds a special focus on the energy strategy in our country, as no deadline has been set for this.

Participants from the private sector mentioned the possibility of passing a separate law on the loss of goods, the law on pharmaceutical manufacturers, and the law on investments and investment funds.