The stability of Kosovo is a key precondition to attract investments 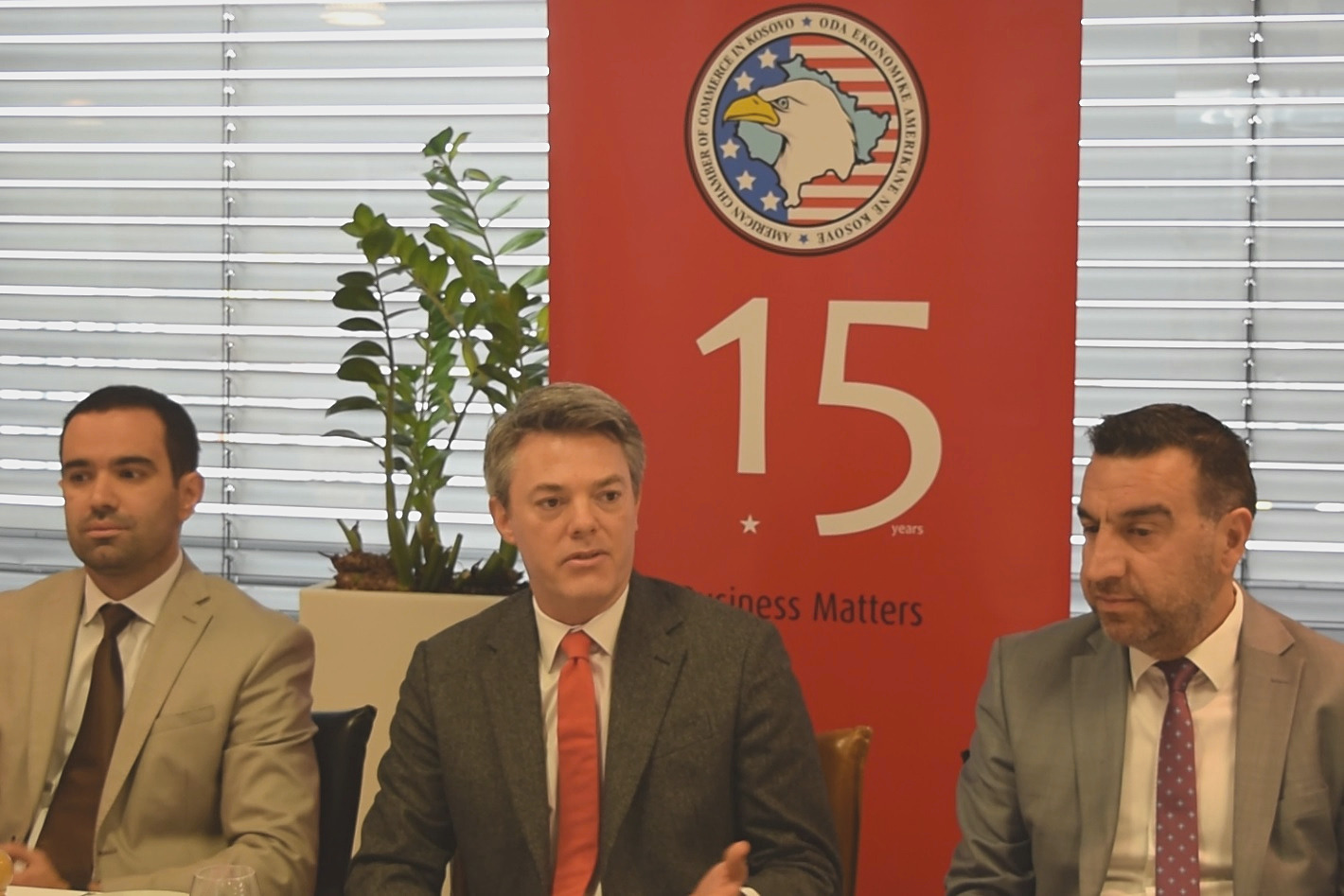 The stability of Kosovo is a key precondition to attract investments

Prishtine, November 7, 2019 – Good neighborly relations, strengthening of rule of law, fighting corruption, and increasing the stability of Kosovo and the whole region, are key to increasing U.S. investments. This was concluded during the Breakfast for Executives organized by the American Chamber of Commerce in Kosovo, where businesses had the opportunity to discuss with the Regional Economic Officer, from the Office of South-Central European Affairs at the U.S. Department of State, Robert E. Morgan.

In his meeting with AmCham business leaders, Robert Morgan, Regional Economic Officer in the Office of South Central European Affairs at the U.S. Department of State, stated that stability is essential to attracting investment, emphasizing that the continuation of dialogue between Kosovo and Serbia is a necessity for economic growth. He commended AmCham business leaders for continuing to build positive perceptions of Kosovo through their international partnerships and stated that many U.S. businesses have little information about Kosovo.  Positive engagement and progress with neighbors would help in this regard.  For his part, Robert pledged that he could carry the message of Kosovo’s investment opportunities back to Washington and the wider U.S. business community. Finally, Mr. Morgan encouraged AmCham to continue to use its influence to encourage the next government to take concrete steps to improve rule of law and the business environment.

On the other hand, AmCham members informed the Official from the U.S. State Department on the challenges and opportunities of doing business in Kosovo. They expressed their concerns regarding the weak rule of law, the need to improve contract enforcement, and the lack of transparency as the main challenges currently hampering business operations and economic growth in the country. Participants also emphasized the need for establishment of institutions as soon as possible after the recent parliamentary elections, the continuation of reforms in the doing business environment in general, and fiscal and judicial reforms in particular, including here the creation of a Commercial Justice Court.

Among others, the meeting also focused on improving the image of Kosovo, and raising awareness of the international business community on the country’s several capacities and economic developments.