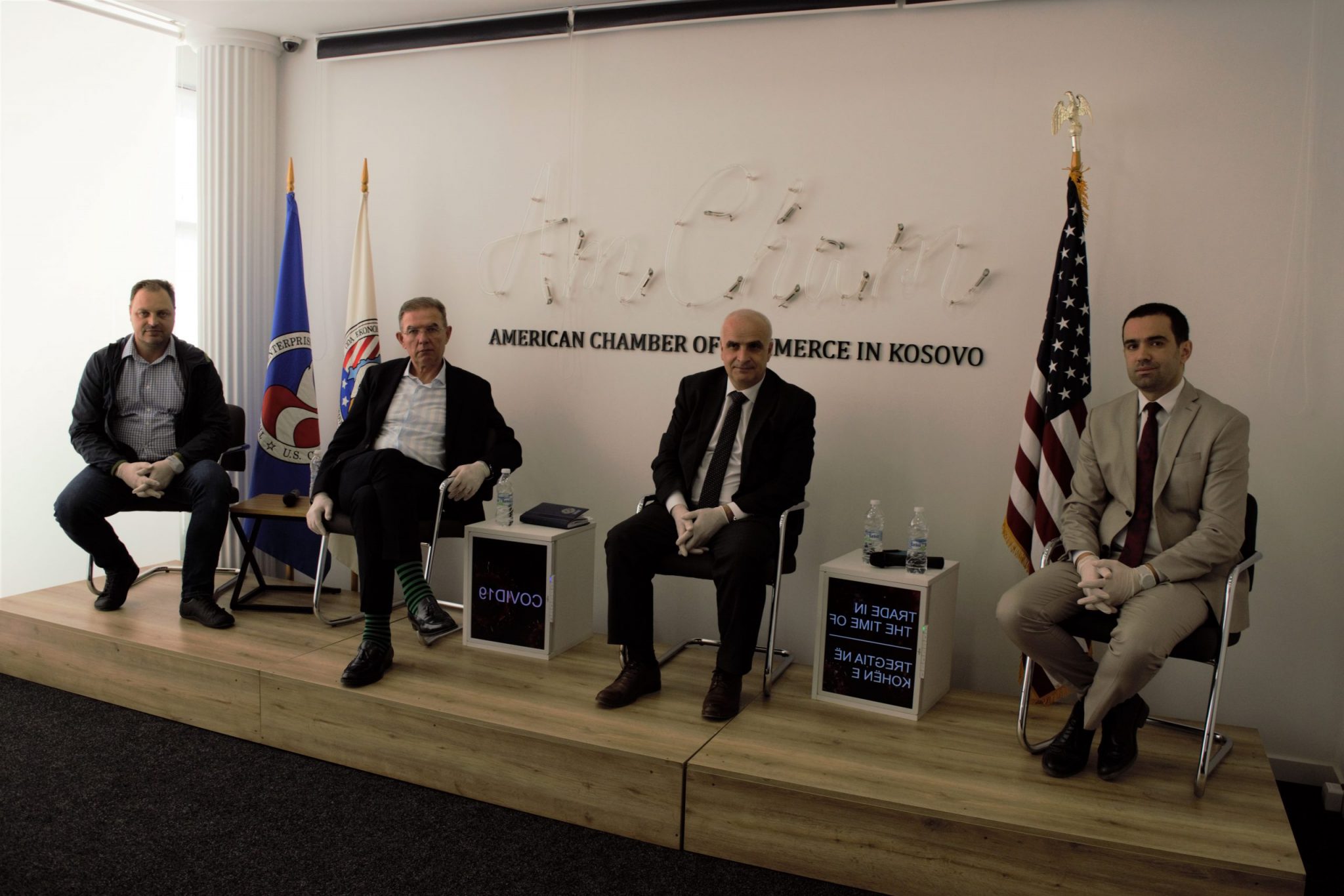 Prishtina, 20 March 2020 – As part of virtual forums organized by the American Chamber of Commerce in Kosovo following the unusual situation caused by the global pandemic COVID-19, Kosovo Customs officials, as well as representatives of commercial and shipping businesses spoke about trade flows, domestic and international transport, as well as border crossing and customs clearance procedures. In the forum Trade in times of COVID-19 the problems that local commercial and manufacturing companies are facing following restrictive measures taken in many areas to prevent the spread of this pandemic were discussed, and consequently generate recommendations that the Government of Kosovo may undertake to support them.

Bashkim Arifi, Director of Operations and Borders at Kosovo Customs stated that despite the limitations on human resources, Kosovo Customs is carrying out all its functions at full capacity, at all border crossings, in order to facilitate the transportation of goods, especially strategic ones. However, difficulties are posed by neighboring countries which have limited the work of key personnel, including health care, which is making border crossing difficult. He emphasized that Kosovo Customs has accelerated the clearance process to enable a normal flow of goods supply to citizens, stressing that there is no reason to panic, as daily imports will not affect any shortage of essential items for citizens, including wheat and flour.

Avni Krasniqi from the Delfin LTD trading Company, also Chairperson of the Trade and Customs Committee at AmCham, stated that no contractual problems with suppliers were reported with regard to the supply of goods, adding that there are challenges with freight traffic. He considered the restrictions they are facing in the corridors from neighboring states as major problems, given that many states in the region have declared a state of emergency due to the COVID-19 pandemic. However, Krasniqi stated that a large part of the supply is still functioning well, and stressed that there is no need for panic, nor for buying beyond necessity.

Besir Çmega from Railtrans, stated that despite some obstacles the freight traffic is moving well. However, he called on state institutions to consider the needs of carriers before making decisions and to provide with facilities regarding shipping documents. Çmega added that one of the main problems facing the transport companies is the issue of quarantining drivers in many countries, which is reducing the potential for trucking and also the availability of drivers to carry out these deliveries. Another problem he cited was the lack of real-time information from neighboring countries’ customs on their decisions, and suggested that Kosovo Customs issue general notices of these changes. Çmega suggested replacing road transport with alternative forms such as sea or rail freight, with countries that have these alternatives available, in order to overcome the problems mentioned above.