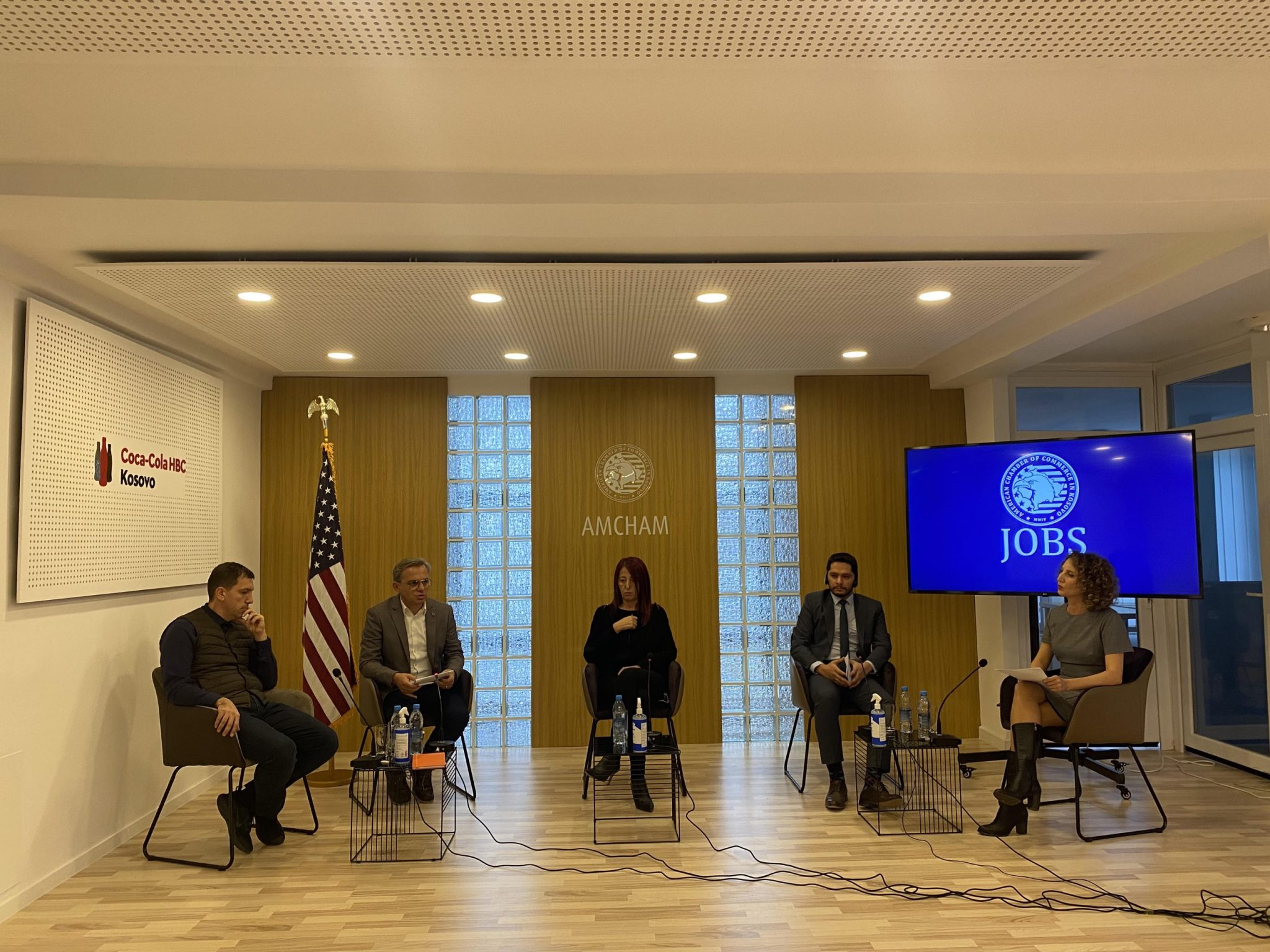 The outbreak of the COVID19 pandemic has created new economic circumstances affecting the transformation of businesses and the increase of digitalization. This has undoubtedly affected the requests for financing, as well as the lending trends from financial institutions, such as local commercial banks or international institutions. This was said at a roundtable organized by the American Chamber of Commerce in Kosovo.

At the opening of the forum, Majlinda Aliu, journalist, at the same time the moderator of the panel, said that the pandemic has affected a huge reshuffle within companies in general, causing many companies to redesign their operations, change the approach and focus more on digitalization. This of course has increased the demand for capital, she said.

Visar Perani from the International Finance Corporation (IFC) said that the focus of the organization in which he works is the private sector. He said that the negative impacts of the pandemic on the enterprise have caused the demand for financing of new projects to decline from March 2020, also due to the increased care of companies in Kosovo for new investments in circumstances of uncertainty related to the pandemic. However, he said the demand has started to increase slightly in the first quarter of 2021. He spoke about the increase in exports of products from Kosovo that have occurred in recent years, suggesting companies focus on such products and services, which can be more easily funded by both the IFC and other institutions. Perani stressed the need to improve corporate governance in large companies, which among other things would help access in large markets.

Leonora Kusari from the European Bank for Reconstruction and Development said that, in 2020, there was an increase in demand by 35% compared to the previous year, while this year there was an increase in demand by 50% and this request for support has mainly included the redesign of business, reorganization of enterprises. In addition, another increased demand has been the support for software solutions, respectively the increase of digitalization, which includes the transition of business sales to electronic commerce. She said that the EBRD instruments are mainly for financing investment projects. She said that EBRD has created a “REBOOT” program to support companies in the recovery process, through advice, but also in raising the quality of products that meet European standards.

On the other hand, representing the commercial banking sector, Muharrem Inan from Banka Kombetare Tregtare said that, last year, the bank’s focus was on supporting customers who were in survival mode, while this year Kosovo’s economy has performed much better in the region, also because it is a consumption-driven economy, and in the long run, it does not offer sustainability. Consequently, BKT gives priority financing to companies with sustainable structures. He reiterated the need to improve corporate governance in Kosovar companies.

Dardan Sejdiu, the financial consultant, said that the main problem in Kosovo’s economy is the lack of a clear direction in terms of the structure of the economy that the country needs, as the current consumption-based economy does not create value. He also addressed the need to train young people in line with future economic trends, which are the green and digital economy. He considers the development of financing absorption capacities of international financial institutions, but also of commercial banks for these future trends, necessary.

All panelists agreed that the institutions have a key role in creating a strategic approach to the country’s economic development by focusing on sectors and resources that offer greater potential.