The youth learn about the digital aspects of starting a business 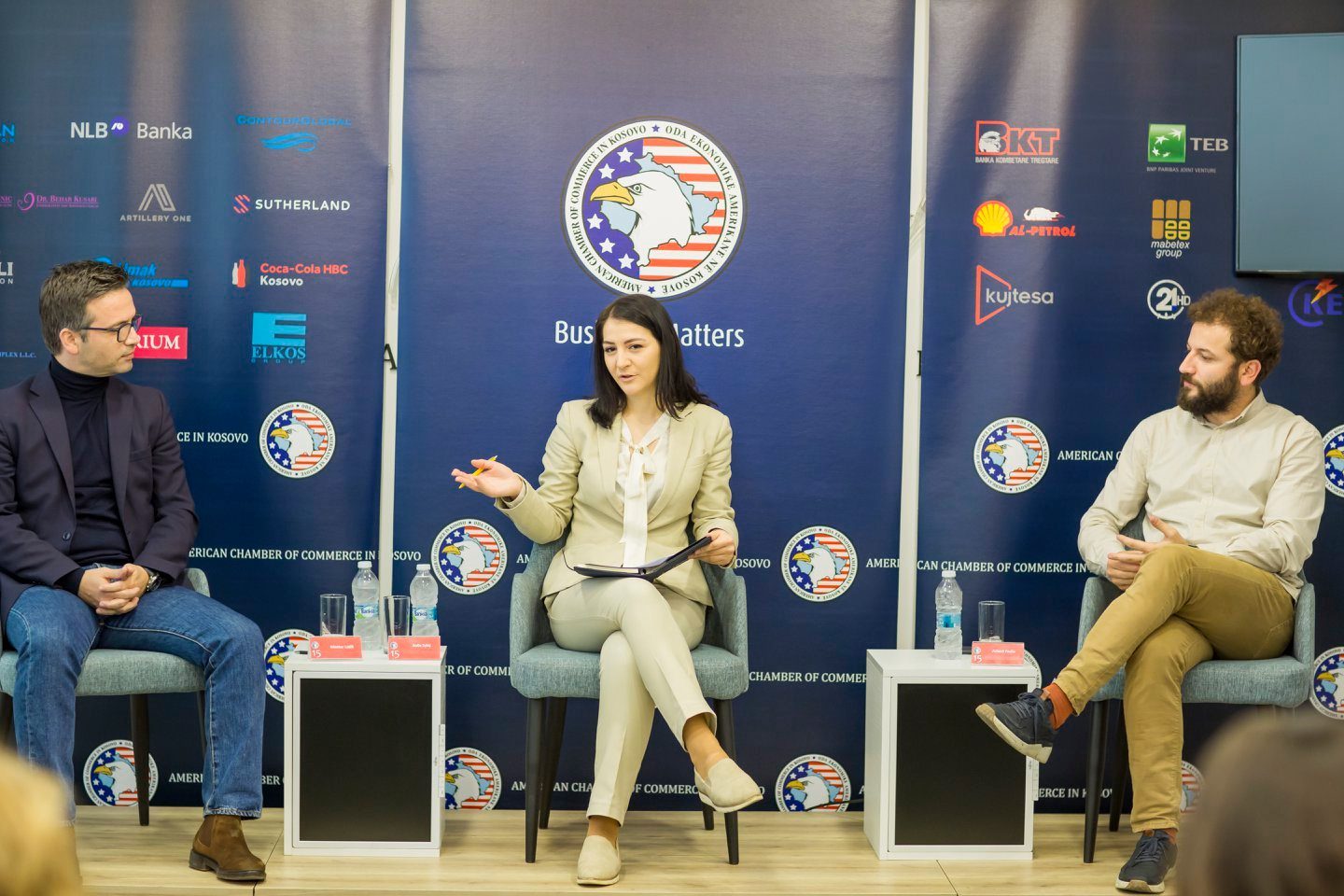 The youth learn about the digital aspects of starting a business

Prishtine, November 23, 2019 – The 14th and therefore concluding event of AmCham for the Global Entrepreneurship Week, was the round-table on the digital aspects of starting a business, where Mentor Latifi from Sutherland, and Arianit Fazliu from Kutia discussed among other things about Kosovo’s competitive advantages in this regard, as well as further opportunities for improving the sector.

In this round-table, Arianit Fazliu as a successful entrepreneur, narrated the creation of the software development company, Kutia, where he is a co-founder. Fazliu emphasized that Kosovo is in its best moments of developing digitalization, and within a few years the awareness on the importance of this sector and the benefits it brings, have grown substantially. Whereas, Mentor Latifi explained the reasons why a global company such as Sutherland has seen the Kosovar market as attractive for investment, and also discussed the path of this company since its establishment in Kosovo until today. As the country’s leading digital advantage, he cited the favorable time zone as well as the cheap prices of this market.

Whereas, both speakers emphasized that one of the main challenges of the digital sector remains the qualification of the workforce in this regard, considering that the education system needs reforms that comply with the dynamic developments of technology.

Global Entrepreneurship Week in Kosovo is organized under the leadership of the Innovation Centre Kosovo (ICK), a week during which 180 countries worldwide organize various entrepreneurship related events.