Uprooting corruption is the only alternative going forward for Kosovo 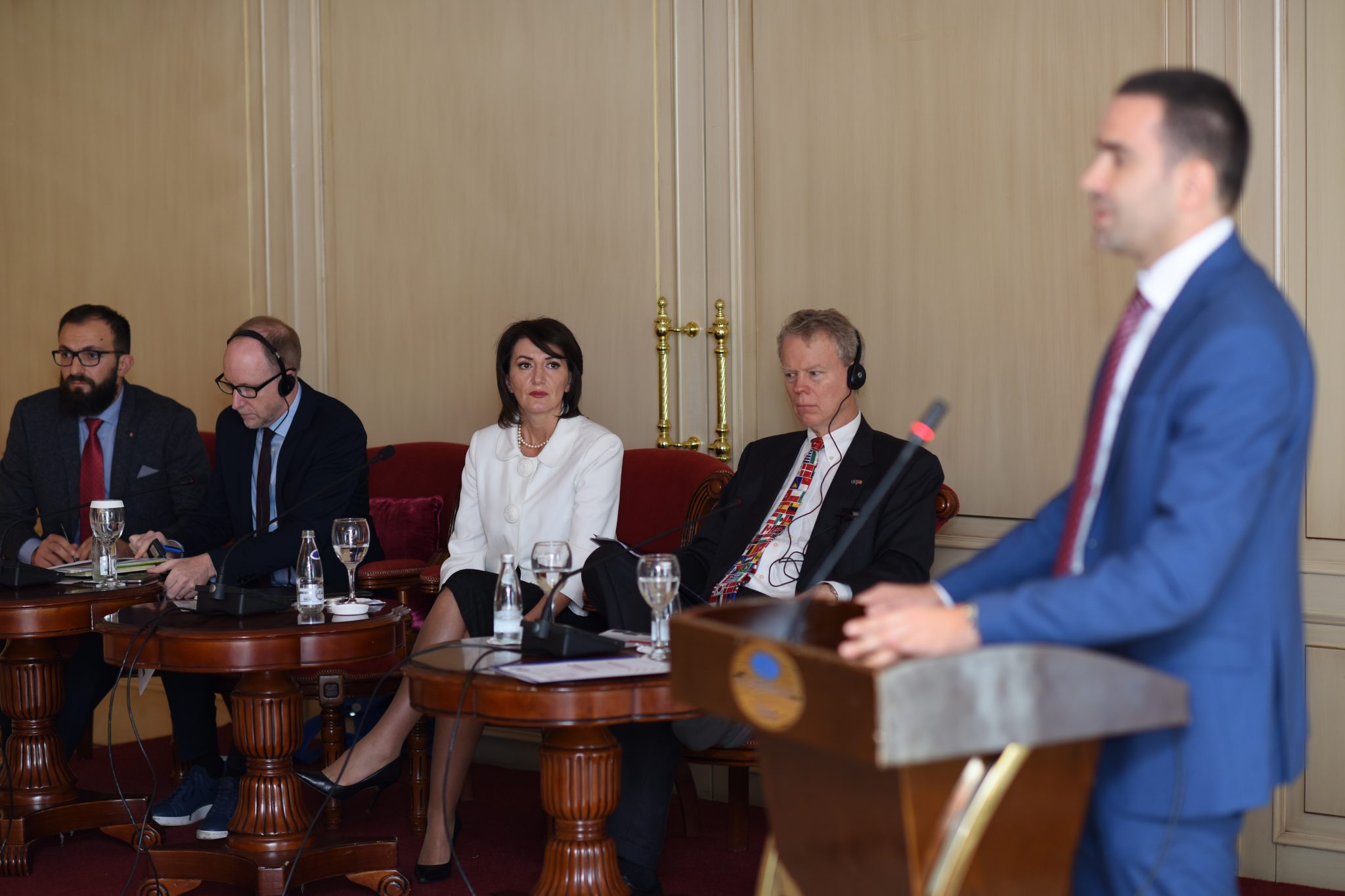 Uprooting corruption is the only alternative going forward for Kosovo

Prishtina, October 19, 2017– Uprooting corruption is the only alternative to drive private sector development, stimulate foreign direct investments, and ensure a prosperous society in Kosovo in the long run. This was the main message given in a conference organized by the American Chamber of Commerce in Kosovo, as part of a project supported by UNDP’s Support to Anti-Corruption Efforts in Kosovo, featuring distinguished panel speakers.

Arian Zeka, AmCham Executive Director, emphasized the important role that businesses play in the war against corruption by reporting it and promotion of corruption-free practices. He said that with purpose of raising the awareness of businesses on the corruption reporting mechanisms, AmCham has launched a series of awareness activities with purpose of United Nations Development Program. He voiced the concerns of AmCham regarding improper functioning of anti-corruption chain in all its links, adding that corruption threatens security, impedes freedom of movement and foreign investments, and equal growth prospects for small and medium enterprises.

His Excellency Gregory Delawie, U.S. Ambassador in Kosovo said that corruption erodes public trust, leaches away foreign investment, disincentives innovation and the necessary risk-taking that makes a small business grow, and drives talented young people away from a country that so desperately needs them.

“Strengthening the rule of law is essential to fighting corruption, but there are systemic issues of land titling, construction permitting, and public procurement that continue to harm economic growth.  I was glad to see Prime Minister Haradinaj’s interest in public procurement issues at an AmCham meeting.  Tackling public procurement is going to require a huge effort from the central and municipal level governments, but also from the business community,” Ambassador Delawie said.

He said that all AmCham members have a critical role to play in fighting of corruption by absolutely refusing to participate in anything less than fully ethical business practices. He called on AmCham members to use their voice, adding that corruption hides in darkness, and that it needs to be lightened up.

Her Excellency Atifete Jahjaga, former President of the Republic of Kosovo, said that unfortunately the word corruption is often mentioned in the same sentence with Kosovo. She explained that corruption poses significant threats to Kosovo’s society, including in terms of education, healthcare services, infrastructure and so on. Jahjaga pointed out that Transparency International’s report on the Perception of Corruption provides alarming data on this occurrence in Kosovo, and should be a signal to all institutions engaged in fighting corruption. She also pointed out that the fact that Kosovo is yet to become a member of important international organizations represents a significant barrier in addressing this phenomenon.

Andrew Russell, UN Development Coordinator, spoke about the importance of building partnerships and working together for fighting corruption. He said that this is the only way to challenge the system and to create long-lasting change. Russell also explained that UNDP has also identified the need to combat corruption as key to Kosovo’s development, and highlighted how this activity is related to UN’s development goals.

On the other hand, Blerim Kelmendi, head of investigations department at Kosovo Anti-Corruption Agency, explained the role that this institution has in the current framework on the fight against corruption. Kelmendi stressed that in addition to damaging Kosovo’s economic potentials, corruption also endangers the life and wellbeing of Kosovo citizens overall. He pointed out that businesses need to detest corruption and to implement good corporate governance principles in their activities.

Businesses, civil society organizations, and other participants had the opportunity to discuss and comment on the topic at hand with panel speakers, agreeing that an increased dynamism, particularly by enforcement institutions, is key to improving the existing situation.