Utilizing the benefits of arbitration 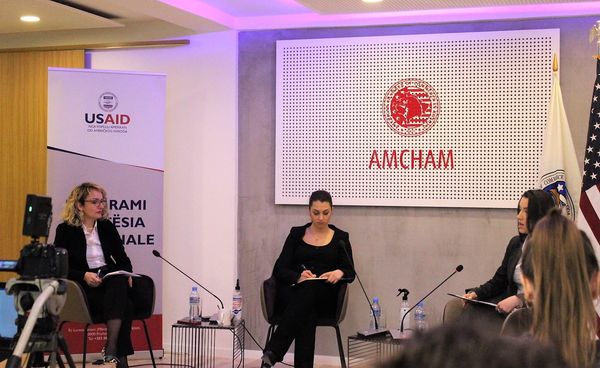 Utilizing the benefits of arbitration

Prishtina, March 18, 2022 – The Arbitration Week organized by the American Chamber of Commerce in cooperation with the USAID Commercial Justice Activity was concluded with the topic of utilizing the benefits of arbitration.

On the fifth day of the Arbitration Week, Doarsa Kica Xhelili, member of the Parliament, said that politicians should inform their electorate about alternative options for resolving the conflict in Kosovo. She added that although the Kosovo judiciary system is known for procrastinating cases, it is important for politicians to inform businesses and potential investors that Kosovo has very good capacity for alternative dispute resolution methods if they are afraid of procrastinating cases. She went on to say that the predictability of the duration and the possibility of choosing arbitrators, makes the parties feel more comfortable and believe that the trial is impartial.

Vjosa Shkodra, said that Kosovo has a very good legal framework for arbitration. She added that the Law on Arbitration is quite well consolidated and that Kosovo follows the UNCITRAL model. She said that in order to avoid lengthy proceedings, businesses can turn to arbitration where the procedure is predictable in terms of time and that arbitrators can be chosen by the parties.