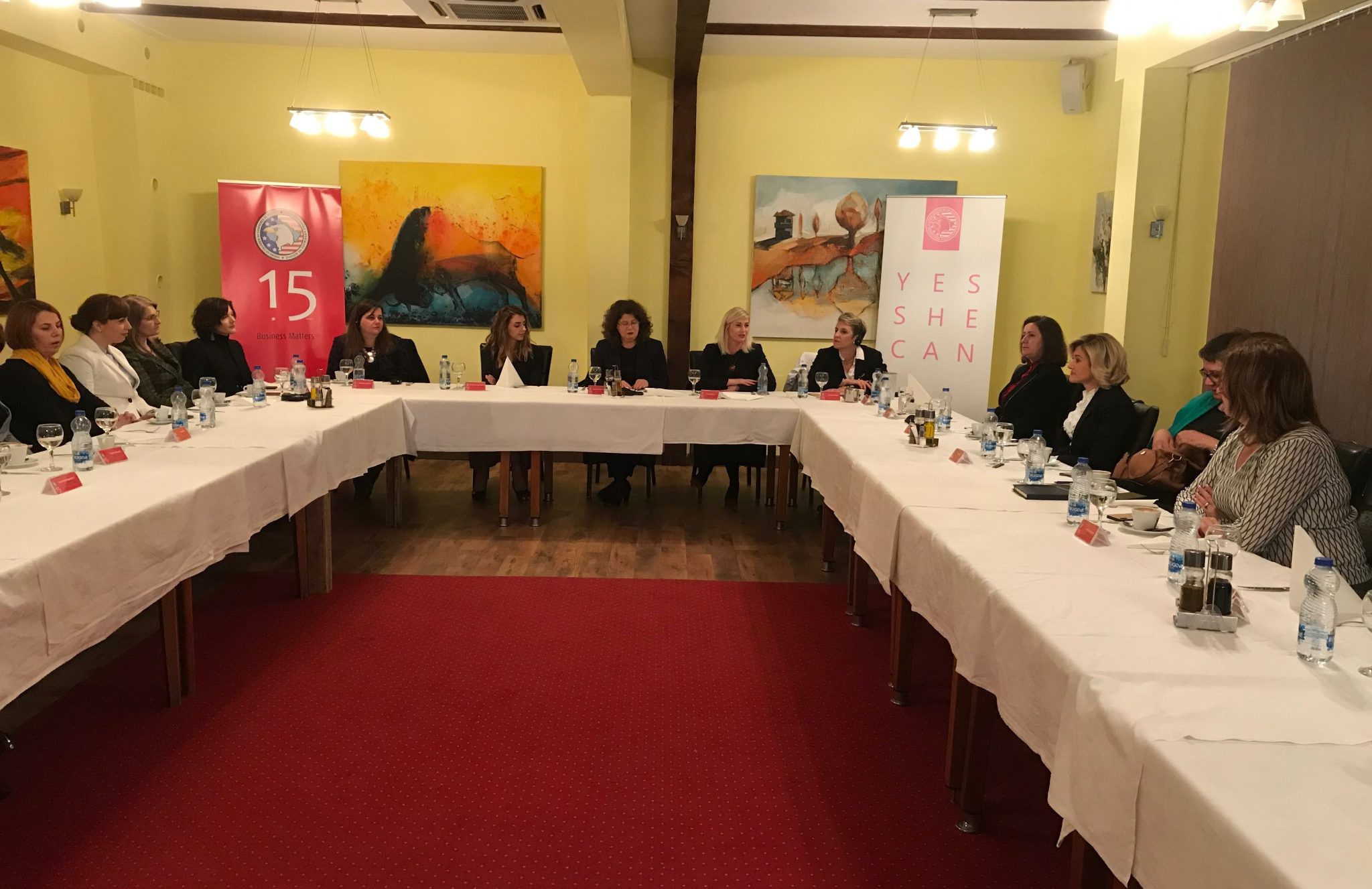 Prishtina, April 16, 2019 – The American Chamber of Commerce in Kosovo organized the Parliamentarian Breakfast with the Women’s Caucus of the Assembly of the Republic of Kosovo and women leaders, AmCham members, as part of its events which aim on empowering women in entrepreneurship and decision-making positions. During this breakfast was discussed about increasing the cooperation between businesses and members of the Assembly for the emancipation of women in the Kosovar society and their further inclusion in decision-making positions.

President of the Women’s Caucus, Mexhide Mjaku-Topalli, said that the group she leads has set concrete objectives in empowering women entrepreneurs, mentioning the project Women in Business which is now part of the working plan. She said that they are monitoring the law on gender equality in order to ensure the implementation of gender quota in including women in public enterprises. She added that Women’s Caucus will be engaged in increasing women’s participation in entrepreneurial positions and in ensuring equality in the society through legislation.

Executive Director of Regional Development Center and Member of AmCham Board of Governors, Mrika Macula, said that women empowerment is essential in establishing stable economic development by treating women equally as men. She asked from the Women’s Caucus to build concrete steps in creating incentives for further inclusion of women in decision-making positions and to provide opportunities in their advancement, adding that the implementation of current laws for equal treatment of women are not at satisfactory levels.

Senior Economic and Commercial Officer at the U.S. Embassy, Lori Michaelson, said that market diversity in Kosovo is necessary to have stability in economic development of the country. Michaelson said that meetings between representatives from institutions and women from the business sector enable institutions to directly address issues and challenges that have impact in increasing opportunities for development, adding that together we can make the change that we aim on reaching.

The participants agreed on continuing the cooperation between women entrepreneurs and representatives from this group in empowering women, while also mentioning the progress made in law on social enterprises which aims in making women economically independent.